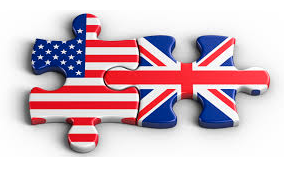 This is a guest blog created by Fried Frank’s Daniel Glazer and Robert Mollen, and leading UK VC firm Notion Capital that originally appeared on the Notion Capital blog. The blog offers thoughts and insights from their investment team and strategic partners. Glazer heads the Tech Group at New York-based global law firm Fried Frank and is co-resident in the firm’s London and NYC offices.

One of the major differences between the approaches of UK and US venture capital investors is in their choice of holding company in which to invest.

US venture capitalists historically insisted that they would only invest in an early-stage UK or other non-US company if the company “flipped” its corporate structure and installed a US (typically Delaware) holding company above the startup’s existing top company. For a variety of reasons this historical view is changing. Many US investors increasingly are open to the idea of investing in UK (and often Irish) holding companies without the “Delaware flip.”

The argument against the Delaware flip.

The higher corporate tax rates in the US compared with the rest of the world, and the potential advantages of a non-US holding company on exit, argue against a “Delaware flip.”

The US has one of the world’s highest corporate tax rates, approaching 40 percent (national plus state); by comparison, the UK corporate tax rate is almost half that (approximately 20 percent). This means that a “Delaware flip” potentially subjects a larger share of the startup’s global profit to the higher rate of US tax, while also adding greater tax complexity.

These jurisdictional tax disparities are receiving more attention due to the recent popularity (or infamy) of “inversion” transactions, which are structured to ensure that a parent company based in a lower-tax jurisdiction results from the merger of a US company with a non-US company. Well-known inversion transactions include US-based Burger King’s merger with Canada-based Tim Horton’s, and Pfizer’s aborted bid for AstraZeneca. While the US Government has taken steps to discourage inversion transactions, the controversy has highlighted for US investors the benefits of operating a global business through a non-US parent company.

Additionally, published analyses suggest US companies are holding outside the US more than two trillion dollars in “trapped cash” profits (i.e., profits that will be subject to a US tax charge if repatriated to the US). In this context, a number of large US companies such as Microsoft and Cisco increasingly have focused on non-US acquisitions. Indeed, in many instances, acquiring a non-US parent company with a substantial US subsidiary can result in the indirect acquisition of the US business without incurring the repatriation tax charge.

As a result, US investors increasingly see value in a “UK parent-US subsidiary” corporate structure, regardless whether their eventual exit is a sale or IPO. If a sale is preferred, potential US acquirers with offshore “trapped cash” have acknowledged the desirability of acquiring non-US holding companies. If an IPO is desired, the UK-based startup’s ability to pay less tax on non-US-source corporate profits should help boost valuation; a UK company establishes similar tax efficiencies in expanding to the US through a US subsidiary as a US company does when inverting out of it.

King Digital, one of 2014’s significant US tech IPOs, is a high-profile example; despite a strong US presence, King filed for its IPO through its non-US parent company.

However, UK and other non-US startups should bear in mind a few key points:

The argument for the Delaware flip.

We commonly hear the argument that a Delaware flip avoids friction with potential US investors, especially those on the West Coast. Those investors are familiar with Delaware corporations and aren’t necessarily inclined to consider changing the traditional model, especially given the volume of homegrown US companies competing for their capital.

In response, UK founders should keep in mind that, if ultimately necessary and with careful tax planning, a UK company can implement a Delaware flip later in its life cycle without incurring UK tax. Consequently, if the optimal US investor to lead your UK company’s Series A round insists on flipping, you can flip in connection with that fundraising transaction; there’s no need to do it at the preliminary discussion stage. If the US investor is willing to lead a Series A in a UK parent company but is concerned about the willingness of other US investors to lead a future Series B round, the decision to flip can be postponed and re-evaluated in anticipation of the Series B. Until these scenarios arise, the UK company can maintain its tax-efficient structure and save the flip costs.

Other pro-flip arguments we’ve heard include (1) it’s easier for a US company to execute a US IPO, (2) US customers are less comfortable contracting with UK companies, and (3) US employees may be reluctant to take equity in a UK company. There are valid counter-arguments to each of these. On the other hand, additional reasons to avoid a flip include the potential adverse impact on UK Government grants and incentives intended for UK businesses.

Careful consideration should be taken before any decision is made.

The question “to flip or not to flip” requires careful consideration of the relative advantages and disadvantages. It is important to have a thoughtful discussion with your US VC investor at the outset about these issues, and potentially to include your lawyers or other advisors. Many US VC investors simply are not yet familiar with transatlantic tax dynamics and reflexively fall back to the US parent structure with which they are comfortable, even if counter to their and the startup’s long-term best interests.

Nonetheless, you need to be pragmatic and make a judgment call regarding what is best for your company if your preferred US VC investor ultimately will not invest in anything other than a US holding company.

Daniel Glazer leads the Tech Group at the New York-based global law firm Fried Frank and is co-resident in the firm’s London and NYC offices. Dan’s team provides US legal advice and practical business guidance to European early-stage and growth-stage companies seeking to expand to the US, raise US capital, and transact with US business partners. Dan can be reached at daniel.glazer@friedfrank.com.

Robert P. Mollen is a US-qualified corporate partner who has been resident in Fried Frank’s London office since 1991. Bob regularly advises technology companies, including early stage companies, in connection with their establishment and expansion of US operations, US commercial agreements and joint ventures, and securing of US investment by venture capital firms and others.  Bob also works with VC firms with respect to US challenges faced by their portfolio companies, and with the UK and US governments in their efforts to help UK based companies succeed in the US. Bob can be reached at Robert.mollen@friedfrank.com

Fried Frank is a New York-based international law firm with a London office located in the heart of the Shoreditch tech cluster. The firm represents some of the world’s largest companies in their most significant transactions, as well as emerging companies expanding to the U.S.

This material has been prepared for general informational and educational purposes only and is not intended, and should not be relied upon, as accounting, tax or other professional advice. Please refer to your advisors for specific advice.