How Much is Artificial Intelligence Worth? 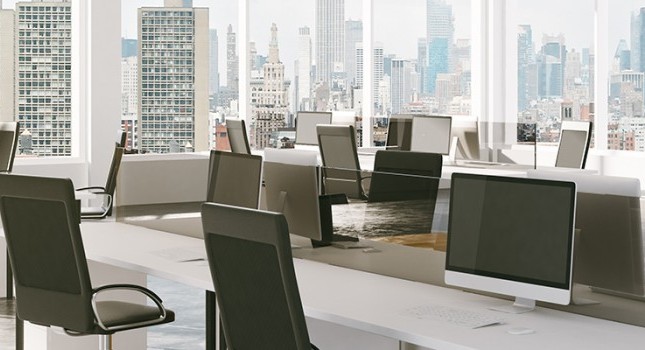 Recent breakthroughs and disruptive technologies have made the valuation of emerging companies challenging. The one “looming” question from founders of these companies is: “What is my company really worth?” Or, if you are an investor, “What will I pay for a slice of the multi-trillion-dollar tech sector?” A third perspective might reflect a strategic partner evaluating an acquisition or joint venture opportunity.

Take for example one of the fastest growing, yet arguably least understood, areas of the tech sector today: Artificial Intelligence (AI). Noted physicist Stephan Hawking made headlines when he said “Artificial intelligence research is now progressing rapidly. Recent landmarks such as self-driving cars, or a computer winning at the game of Go, are signs of what is to come. Enormous levels of investment are pouring into this technology. The achievements we have seen so far will surely pale against what the coming decades will bring.”

Explosive Growth for AI is on the Horizon

In recent years, US tech giants realized the importance of AI for their services and started pouring money into startups. The pickup in mergers and acquisitions began in 2014. Tech giants including Google, Twitter, Salesforce, Apple, Intel, Yahoo, IBM, and AOL bought nearly 30 AI startups in the last five years, according to CB Insights. Five of the acquisitions occurred in 2016. One of the most notable deals was the acquisition of deep-learning startup DNNresearch by Google in 2013 from the computer science department of the University of Toronto. This acquisition helped Google improve its image search features. Other notable deals include the $600 million acquisition of the UK-based DeepMind Technologies in 2014 by Google; the $150 million acquisition by Twitter for the 14-person startup UK-based image-processing startup Magic Pony.

Venture capital (VC) interest in AI boomed in recent years as well. The boom began two years ago as “2014 marked a banner year for VC investment in US-based AI startups, with capital invested and deal count increasing year-on-year by 183 percent and 41 percent, respectively,” stated a report by PitchBook, an M&A database.[1][2]

TechEmergence provides a great look at valuing the macro AI market, using sources such as Forrester Research who estimates the “Cognitive Computing Technologies” business will be worth $ 1.2 trillion by the year 2020, with investments in AI tripling by then. Accenture defines the AI sector as “IT systems that sense, comprehend, act and learn” and that it will be worth $8.3 trillion in the US alone by 2035. These are order-of-magnitude numbers that should make just about everyone sit up and take note.

The valuation debate starts with understanding the difference between two opposing valuation methodologies and two opposing interests: the entrepreneur/founder/owner versus the investor’s and taking a Strategic versus Operational view.

Some tech companies have services, some have new technology, some great strategic partners, some have an established client base, and some have a vision. It is “vision” in places like AI that can get a start-up company noticed, but it is a murky area for intellectual property (IP) and more general investment valuations. Proprietary technology can come into play here as well – and patents need to be tracked carefully. Founders in the AI space know they need to focus their pitches on strategic valuation, not on operational valuations based on more standard sales/profit growth formulas or even if the company is simply growing its customer base exponentially or value based on a team of engineers, i.e. team value.

Operational valuation works in favor of investors and acquiring companies, it’s one of the oldest discounting tactics around. It seems unfair to assign zero premium to AI technology, or to whip-smart founders/technology team with a vision.

As an example, I recently had a conversation with the founder of a revolutionary AI company who had been involved in AI for the past decade and hit a home run by developing a technology that would become the equivalent of Siri or Alexa for the retail and consumer sector. The founder spoke about his vision to create technology that would mimic the human interaction. One of the first uses of his technology is in retail, replicating the experience of having a sophisticated advisor helping to curate the customer experience. The founder provided his vision for the company, his thoughts about the future of AI, the balance between AI innovation and AI safety, as well as a variety of other visionary and business strategy topics.

At the flip side of this was a discussion with one of the prospective investors who was focused on the AI company’s revenue growth momentum and accelerating earnings and cash flows. Secondary considerations included the tremendous value of its proprietary AI technology platform, and the team of prized technology engineers behind it.

Today, investors have rushed to the “disrupters,” which, just like the internet stocks of the late 1990s, are promising out-of-this-world growth. “Out of this world” is not a figure of speech—three companies are vowing to go to Mars. Meanwhile, the average forecast earnings growth rate of companies here on Earth is more than 20 percent (based on the constituents of the MSCI ACWI index, the All Country World Index).

Acquisitions of AI companies are largely or entirely based on the AI company’s teams and capabilities. Their employees are traded much like professional athletes.

“AI may be the only sector in tech where pure team value now significantly exceeds the business value,” stated Victor Basta in his post. According to an analysis done by his firm, Magister Advisors, the median price paid to AI startups per employee is $2.4 million. However, the buyers do not use this metric to value the AI startups; they will only use it as a cross-check to avoid overpaying.

“The way these companies get valued is in price brackets generally. Larger buyers are prepared to pay $25 million to $50 million for capability and some tools rather than a real company with traction and future revenue potential,” Basta told the Epoch Times. “The exact price is then cross-checked relative to team size, segment attractiveness, and individual capability of the senior team.” Despite the demand, AI valuations have not ballooned yet, according to Basta. “A $2.4 million value per employee is nowhere near the high-water mark that is closer to $5 million per employee,” he said.[3]

The challenge in the valuation of start-up technology companies stems from a lack of historical information, versus what’s available from a more mature company. The big questions include: “Do we have a good cash flow forecast?”, “Have we developed a reasonable weighted average cost of capital (WACC)?”, “Are we getting the right market comparable EBITDA multiples?” and the like.

Instead, with start-up technology companies or AI companies you’re focusing much more on the potential that may exist for this investment twelve months, eighteen months, to five years down the road and whether their exit strategy might be through an IPO; sale to a strategic partner; or in some cases, sale to another financial sponsor.

Establishing reasonable parameters around exit scenarios can be extremely challenging, not only with respect to the magnitude (i.e., what value might the company command from an IPO at some point in the future), but also the probability and timing of various exit scenarios, as well as the dilution that may occur between the valuation date and that eventual exit.

Methods of Valuing Artificial Intelligence Companies: is there a “right” way?

There are varying camps of thought as to what the “right” valuation method is. The primary inputs that are unique to start-up tech companies require establishing supportable and reasonable inputs to the valuation models. Appropriate market data to support some of the inputs, outside of some sectors – such as biotech – can be truly challenging. Valuation will require frequent reliance on either future forecasts or third party transactions in the securities of the start-up company. Which also means you can get to whatever valuation number you want!

In some cases, it is better to go back to a fundamental analysis or stick to a method favored by auditors, such as the OPM (option pricing model). The OPM is a powerful tool but it may not be the right valuation method – as it depends on normal distribution of returns and, frequently, returns are not normalized and unpredictable at best for disrupter companies. It goes back to the inputs and assumptions used and the flexibility to calibrate the model for changes in the business.

However, audit firms would like to see an approach that is documentable and replicable. Understandably, the alluring feature of the OPM both from a valuation and audit perspective is that it’s more structured and input-driven.

The Third Perspective: Calibration and Judgment

The different operational valuation methods may not be as straightforward as they might seem, which highlights the importance of calibration to the valuation analysis. Trends in the industry can get easily subsumed by company-specific events very quickly, which differ with more mature non-technology related companies. There is judgement involved beyond the formulaic models and, while calibration is a critical part of measuring the fair value of venture companies, unknown variables will remain.

Overall, valuing technology companies is a challenging exercise and operational valuation methods introduce structure and agreement to the valuation discipline. However, there is an important need to recognize that the valuation process is not a simple formula. Judgement plays a critical role in the discipline.

The valuation specialist’s role truly includes assessing both strategic vision and the effectiveness of operational value; finding the middle ground between the founder and the investor and bridging the gap; and establishing a linkage between operational and strategic valuations.

Regardless of your position as a founder divisional manager of an AI operation, member of an existing technology company or as a potential investor, it is best practice to obtain an objective perspective on all aspects of value. The upside growth potential and wealth creating opportunities of technology companies are simply too vast to ignore, and you can’t just simply say: “I know my worth” or “I want my part of the multi-trillion dollar AI tech sector.”

Angela Sadang is a Principal in the Advisory Services group at Marks Paneth LLP. Ms. Sadang specializes in business valuations and the valuation of intangible assets and has over 20 years' experience providing corporate financial consulting services and performing valuations. She serves both publicly traded and closely held companies in a wide range of industries that also involves various asset classes. Ms. Sadang is a Chartered Financial Analyst (CFA) as designated by the CFA Institute and is... READ MORE +

Ready to Restart: How Restaurants Are Preparing for the Future 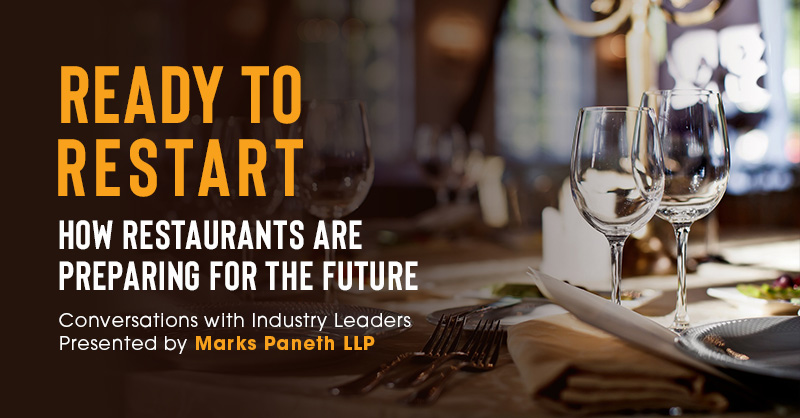 Executive Spotlight: Assess the Financial Health of your Organization with Data Science