Projections are In: Will Taxpayers in High-Tax States Really Lose Out under the New Tax Law? 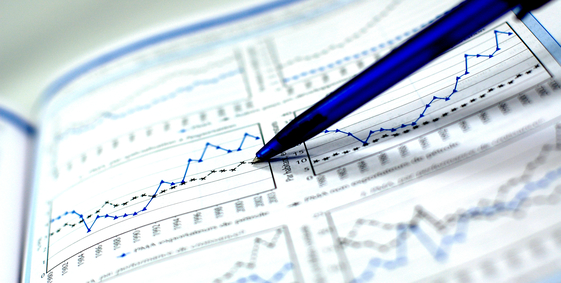 Projections are In: Will Taxpayers in High-Tax States Really Lose Out under the New Tax Law?

With half of the year already behind us, many taxpayers are looking ahead to their 2018 taxes and wondering how their tax situations will change under the new tax law. Much of this curiosity stems from the limitation of the state and local tax deduction to $10,000 (including real estate). Anyone who owns a house and lives in a state with income taxes will lose this tax deduction in 2018.

The media and political pundits have widely predicted that homeowners in high-tax states, such as New York, New Jersey and California, would be negatively impacted by the limitation of the state and local tax deduction and begin to migrate out of these states.

As I began to run 2018 projections for my clients in these states, however, the outlook wasn’t nearly as bleak as it originally appeared.

To understand the impact of the limitation on state and local taxes, one must understand the Alternative Minimum Tax (AMT) enacted in 1970. At that time, very few people were affected by this mandatory alternative to the standard federal income tax that is imposed on high-net-worth individuals. Even when I started my public accounting career in 1986, AMT still only affected the very rich with complex tax shelters and other such preferences.

With each passing year, however, more and more people became subject to the AMT due to changes in the tax rates and other factors. By 2017, most of my clients were subject to AMT. As such, they did not qualify for the full deduction of their state and local taxes or miscellaneous itemized deductions.

When details of the Tax Cuts and Jobs Act started to come out in late 2017, I must have received 200 calls from clients who wanted to prepay their 2018 real estate taxes before the limitation took effect. That is, until I informed them it was a moot point because they were subject to AMT and ineligible for the deduction in the first place.

Then came the 2017 tax season and I began to project what the 2018 tax year would look like for some of my clients. Assuming the same income in 2018 as 2017, I started with the following scenario: a family of four living on Long Island with wages of $450,000, a mortgage, real estate and a vacation home with its own mortgage and real estate taxes. To my surprise, this particular taxpayer will save $14,000 of taxes in 2018!

Below is a sample of the average savings I projected for many other clients:

The above results were obtained from a sampling of 3,800 taxpayers who live in high-tax states.

Clearly, what the media predicted in December is not cut and dry – with some exceptions. Someone making more than $750,000 and living in a high-tax state will pay more taxes. That is, unless they are a business owner of a flow-through entity with many employees.

It is also worth noting that a taxpayer whose income is over $750,000 and who receives business income (S-Corp or LLC) will benefit from the reduced rates for business owners (20%), and some of these taxpayers will also realize a net tax savings, compared to 2017.*

For the individual who is an employee and makes over $750,000, the news is not so good. This person most likely will be paying more taxes, as evidenced by my projections done on the same sample as above:

If you live in New York City and make over $750,000, the news is even worse.  First, these higher earners were not subject to AMT prior to 2018, so the reduction of their state and local taxes to $10,000 has a much larger negative impact. Secondly, these taxpayers are more negatively impacted due to the extra taxes paid to NYC.

Obviously, many factors go into determining whether a taxpayer will save more or owe more under the Tax Cuts and Jobs Act of 2017. Consult with your Marks Paneth tax advisor – the answer may surprise you!

*The above savings do not consider the additional benefits related to depreciation for business.

Kurt S. Kiess, CPA, is a Partner at Marks Paneth LLP. He has a broad background in the audit and tax aspects of his profession. Mr. Kiess concentrates on serving clients in a variety of industries, including real estate, retail, insurance and manufacturing. With a public accounting background spanning more than 30 years, Mr. Kiess was a Partner at Marks Shron & Company when it combined with Paneth, Haber and Zimmerman LLP to form today's... READ MORE +