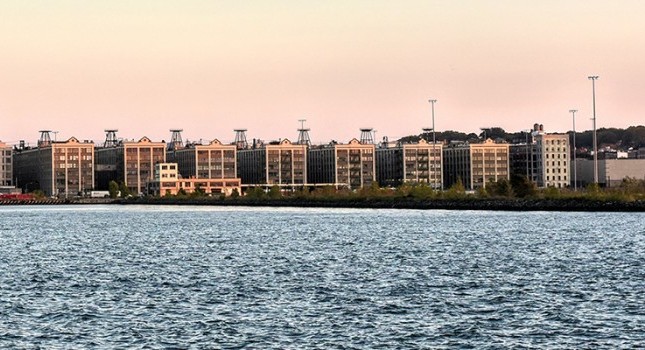 Though New Yorkers had mixed reactions to Amazon’s decision not to pursue building an additional headquarters in Long Island City earlier this year, word on the street is that the e-commerce giant is not done with New York City yet. Last week, several publications reported that Amazon is looking to lease a large space in Brooklyn’s Industry City – up to 1 million square feet - eyeing the creation of a new logistics facility within the 35-acre industrial complex that has recently been brought back from disrepair.

Here we go again, right? Or not—Amazon already has a warehouse fulfillment center in Brooklyn, and this new logistics center could simply be a sign that the company is considering a new space. However, the sheer square footage of this rumored lease indicates that Amazon may be planning to expand its Brooklyn footprint. As residents of the area can attest, Industry City, with its recent renovations, is booming with arts and culture but has room for more tenants – and Amazon may be a perfect match. Should Amazon decide to move in, other commercial tenants may see the move as a further vote of confidence and follow suit, which would only continue to boost Brooklyn’s thriving economy.

Amazon’s presence, whether continued or expanded, creates an uptick in the local economy, and the other benefits are significant and hard to argue against. Borough residents might look forward to improved service from Amazon, with faster and more accurate deliveries. For those of us who rely on Amazon Prime for anything and everything, this is a major plus. Secondly, this new logistics center might mean more employment opportunities in the borough, which, coupled with the buzzing economy, could continue translating into opportunities to improve infrastructure in Brooklyn. Transportation, school systems and parks may all see the benefit of a deal like this.

Our Real Estate Group will continue to monitor the news of Amazon’s possible expansion in Brooklyn.