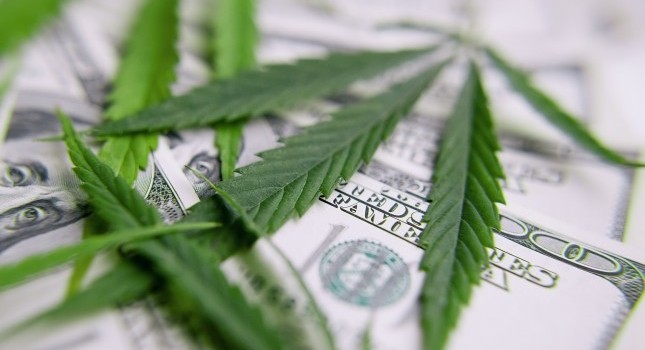 Joe Biden, presumed front-runner for the Democratic party’s presidential nomination in 2020, recently said, “Nobody should be in jail for smoking marijuana."  This opinion received a lot of press attention, and truth be told, it appears to reflect a growing sentiment in the U.S. An October Gallup poll found that an all-time record of 66% of respondents favored decriminalizing marijuana.

Irrespective of a person’s deeply held feelings about the effects – positive or negative - of marijuana on society (and there are plenty on both sides), it is also true that many states (which famously have been called the nation’s great laboratories of democracy) have legalized marijuana for both medicinal and recreational use.

The push to decriminalize marijuana at the federal level requires a recategorization of the drug from Schedule I (that today lumps marijuana in with drugs like fentanyl and heroin) to a Schedule II drug (which recognizes some medical efficacy). So far so good, but the devil is in the tax detail. Let me quote from The Motley Fool:

“…rescheduling marijuana to Schedule II from Schedule I could be a nightmare, (as it) wouldn't alleviate the issues U.S. pot businesses have to contend with regarding Section 280E of the tax code. Section 280E disallows businesses that sell a controlled substance (either Schedule I or II) from taking normal corporate income tax deductions, save for cost of goods sold, which is often a small percentage of revenue. This usually leads to profitable marijuana companies paying exorbitant effective tax rates to Uncle Sam. Without the ability to take deductions available to so-called normal businesses, weed companies could struggle to hire new workers and expand.”

This Alice in Wonderland scenario of illegality at the federal level and a patchwork of states with some form of marijuana legality has also given rise to the interesting reality that allows the federal government to collect taxes from marijuana businesses because IRC Section 61(a), which defines "gross sales," does not "differentiate between income derived from legal sources and income derived from illegal sources." Go figure.

As of this date there are 11 states, plus the District of Columbia, that allow recreational use of marijuana, and a total of 33 that allow medicinal use (with a doctor’s recommendation); and the issue is presently front and center in the state legislatures of New York and New Jersey. That’s a lot of citizens and their representatives, but you can easily see the underlying problem.

The resulting malalignment of applicable state and federal tax and criminal law, of state and federal banking regulations, and of state and federal law enforcement is real, onerous and seemingly intractable. Yet, legalized marijuana remains one of the fastest growing businesses in our country. It’s a conundrum. Is there a solution? If there is, it has to start with members of Congress changing either the Controlled Substances Act, or IRC Section 280E. That calls for pressure from the states, along with political will. Anyone seen a good supply of that lately?

The Marks Paneth tax team is closely following the rapidly evolving cannabis business as it holds such interest for business owners and states eager for increased tax revenues. For further reading, please see this memo – “Taxpayers Trafficking in a Schedule I or Schedule II Controlled Substance -- Capitalization of Inventoriable Costs” - from the IRS Chief Counsel for a discussion of the pertinent code sections one must be familiar with when conducting business in the marijuana arena.