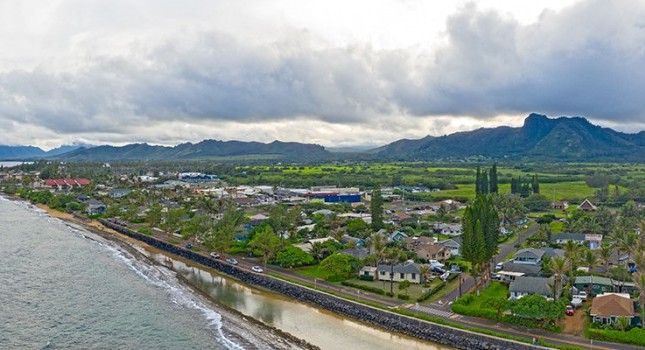 Unlike larger states such as California and New York which are usually at the forefront of SALT developments, nobody seems to pay a whole lot of attention to Hawaii.  Yet as we saw a couple of years ago with South Dakota, sometimes smaller, less populated states can have significant effects on state and local taxation issues and trends nationwide.

Recently, the Hawaii Department of Revenue published guidance on its interpretation of the Interstate Income Act of 1959, known better as “Public Law 86-272” or “P.L. 86-272,” and the guidance is troubling.

P.L. 86-272 is one of those somewhat rare instances where Congress has exercised its Commerce Clause powers to provide some limits on state and municipal taxation on interstate commerce. It essentially prohibits a state or municipality from imposing a net income-based tax on an individual or corporation which is not domiciled in the state if the individual’s or corporation’s only activities in the state:

In the 60-plus years since it was enacted, states and municipalities have tried to chip away at P.L. 86-272 either by enacting taxes which are not based on net income or in defining and narrowing which activities are protected as solicitation and expanding which activities go beyond mere solicitation and are therefore unprotected.  A business which engages in any unprotected activities on anything other than a de minimis basis risks being subject to a state’s income tax.

22.  Making sales that equal or exceed $100,000 during the current or preceding calendar year and

23.  Engaging in 200 or more business transactions with persons within Hawaii during the current or preceding calendar year.

Do those factors look familiar to you?  They are the factors that South Dakota came up within 2015 to define “economic nexus” in that state for purposes of its sales tax.  After the U.S. Supreme Court upheld them in 2018 (see South Dakota v. Wayfair Inc.), all but two states that have a sales tax have adopted similar if not identical thresholds for determining economic nexus with a state.

However, we’re dealing with Hawaii’s income tax here, not its sales tax, nor even nexus.  It seems that Hawaii has decided that economic nexus thresholds can perform double duty as “unprotected activities” which will give rise to liability for Hawaii’s income tax for retailers and wholesalers.

Is Hawaii on solid ground here?  Personally, I don’t think so.  Hawaii is obviously conflating business nexus standards with P.L. 86-272 unprotected activities, and they are different things.  Any business whose activities in Hawaii (if any) don’t go beyond mere solicitation should remain immune from its income tax, even if its gross dollar sales from or number of sales transactions with customers in Hawaii exceed its published threshold levels.  Unfortunately, it may take some time for Hawaii’s new position to make its way through its court system and then, potentially, to the U.S. Supreme Court (all other federal courts are generally barred from hearing challenges to state taxes).  In the meantime, other states may look to Hawaii’s stance on this issue and institute similar rules designed to dismantle federal protections from state income taxes provided by P.L. 86-272.