Form 990-T Fiscal Year Filers: Why Did I Get This Notice? 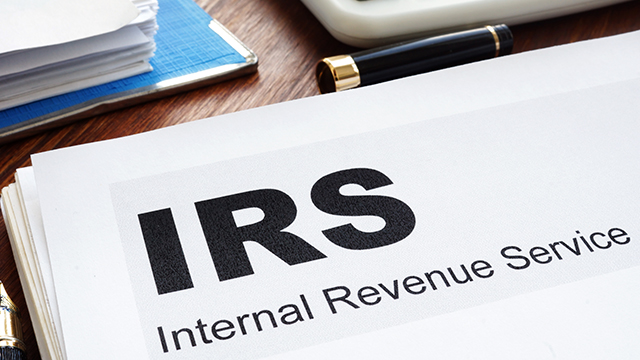 The Tax Cuts and Jobs Act (TCJA) introduced a flat 21% corporate tax rate for tax years beginning after December 31, 2017. While this is simpler than the graduated rate that would have been applicable to periods before January 1, 2018, it caused a problem for fiscal year filers. Code section 15 of the Internal Revenue Code of 1986 provides that when the rate changes during the year, the tax should be calculated using a blended rate based on the applicable number of days the rates were in effect. This is applicable to income earned throughout the year. However, the TCJA added Code Section 512(a) (7), which increased an exempt organization’s unrelated business income by any amount paid or incurred after December 31, 2017, for any qualified transportation fringe, any parking facility used in connection with qualified parking or any on-premises athletic facility for which a deduction is not allowed. Herein lies the problem with the refunds or balance due notices: the income was not taxable for the part of the year prior to January 1, 2018, so how could a blended rate apply?

Practitioners were left at a loss because the IRS did not provide guidance until June 5, 2019, 21 days after the final due date for June 30, 2018 returns. On that day, the IRS issued a bulletin that stated, “The IRS reminds Form 990-T Corporate Filers of new tax law provisions that . . . corporate filers should apply a blended rate to their UBTI for the entire 2017 taxable year. . .” This applies a blended rate to income that was not taxable. The pre-2018 corporate tax rate was 15% on the first $50,000 of income, 25% on the next $25,000 and 34–39% on income over $75,000. The post-2017 rate, as noted above, was 21%. If your UBTI was (for example) $48,000, then your tax would be $7,050 and at 21%, $9,870 — generating a refund of $2,820. The breakeven between the two rates at 21% is approximately $91,500. If your transportation benefit was below $91,500, your organization would have gotten a refund; if your transportation benefit was over $91,500, a balance due. Notice 2018-100 was issued at the end of 2018 to provide limited relief from penalties in cases where estimated payments were not timely made and there was no Form 990-T filed for the prior year. The relief only applies to Form 990-Ts of tax-exempt organizations that timely filed and timely paid the amount reported for the taxable year for which relief is granted. However, even in light of this Notice, the IRS is still sending out penalty notices - including for quarters where the tax did not apply.

The matter is further complicated by the IRS being selective about who is receiving the notices. While due to the lack of IRS guidance penalties can be abated, interest cannot since it is statutory. It is unlikely that the IRS will offer any further guidance on this matter unless it is litigated, which seems unlikely since the amounts are generally small. The desire to request an abatement of the penalties depends on the tolerance level of the organization.

If your organization has received an unexpected notice from the IRS, the tax professionals in Marks Paneth’s Nonprofit, Government & Healthcare Group recommend consulting with your tax advisor.

Robert (Rob) Lyons, CPA, MST, is a Tax Director, Exempt Organizations in the Nonprofit, Government & Healthcare Group at Marks Paneth LLP. Mr. Lyons brings to this role the skills he has developed during more than 30 years of providing tax and consulting services to his clients in the nonprofit, higher education, and public sector industries. His experience includes handling substantial exempt organization tax issues. Mr. Lyons has testified in front of the House and Ways Committee in... READ MORE +