The Fallout From the New Tax Law 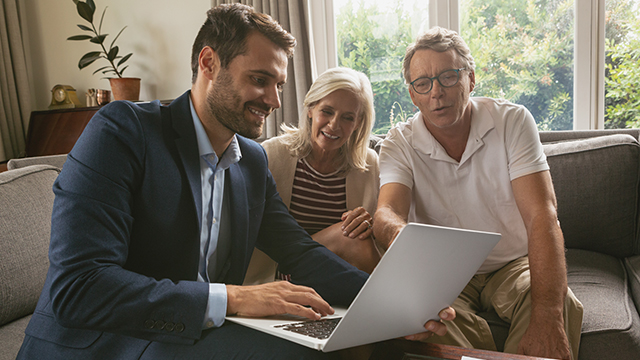 Two years ago, we were scrambling to secure deductions for all our clients before the Tax Cuts and Jobs Act took effect. Uncertain about most of the nuances of the new law, the one thing we were sure of was the elimination of almost all state and local income tax deductions. Our focus was on prepaying real estate taxes, as much state income tax as possible, and finding ways to prepay 2% miscellaneous itemized deductions. Fast forward to a year later, and we were figuring out, along with the government, how Sections 199A and 163(j) were going to affect our clients. As the 2018 filing deadlines have come and gone, we can now look back at who was affected positively and negatively, and who was not affected by the new law at all. Is there anything we could have done better? How should we move forward knowing what we have learned after the first full year of the Tax Cuts and Jobs Act?

The most obvious negative effect and the one we saw early was on our ultra-high-net-worth clients who reside in New York City. With a state tax rate of almost 13%, it’s easy to see they are losing a huge deduction with the loss of state and local income tax, as well as real estate tax deductions on their New York City apartments along with their other homes. Did reducing the top rate to 37% – a reduction of 2.6% – help these taxpayers? No. With $23 million of $36 million of adjusted gross income being ordinary income, taxed at the highest rate, we saw one of our wealthiest clients lose a $7.5 million state income tax deduction. That caused a 6% increase in tax including the 2.6% rate deduction. That’s $2 million of additional tax.

A similar taxpayer scaled down to $5 million of adjusted gross income did not see the same effect, however. The rate reduction was enough to offset the loss of itemized deductions.

It may have seemed as if these taxpayers were still writing large estimated tax payment checks during the year. The withholding table changes affected deferred compensation and bonuses just as the withholding tables affected their children’s W-2 wages. Even if a bonus is withheld at the top rate, it doesn’t cover the amount of qualified income taxpayers have become accustomed to. The top rate has gone down, but the qualified income rates have stayed the same.

DID INTRODUCING NEW DEDUCTIONS AND LIMITATIONS HAVE THE EFFECT WE THOUGHT?

Initially, we were disappointed that the 199A deduction didn’t apply to service income. I think we still are disappointed. However, some did benefit from the deduction despite being in a service profession. When the real numbers for 2018 were finalized, we got a chance to see the true effect on our clients. After taking deductions into account, we did end up having service professionals who received some advantage from the 199A deduction, not only through their main source of income but also through their investments. This was a relief for some of our smaller clients who were already losing their entertainment deductions on the business side as well as their personal itemized deductions.

Our clients who qualified for the 199A deduction did receive a nice deduction, but what about 163(j)? Did the limitation on business interest have the effect that we expected? There is no question that there is an effect of losing a deduction outright. However, most of the interest that our clients pay in the high-net-worth space is investment interest. In addition, due to the uncertainty of how to report the limitation, the interest could be limited at the entity level, and we have no way of knowing for sure what the effect really was.

In the future we may see these code sections have the opposite effect on our clients than we saw in the first year of the new law. We have a lot of clients who are generating business losses for Section 199A businesses. These losses need to be used to offset 199A income in future years, thereby reducing the benefit received from the deduction. As discussed above, the 163(j) interest may be locked up at the entity level. The release of this deduction when investments are sold off in future years could bring unexpected deductions. It is important that we keep all of this in  mind going forward, as it becomes increasingly difficult to project tax liabilities as the law becomes more complicated.

It didn’t take the Tax Cuts and Jobs Act to increase the amount of foreign reporting that taxpayers have been burdened with over the last decade. The majority of the tax compliance work that needs to be completed forour high-net-worth clients consists of the one-time Section 965 transition tax and, going forward, the Global Intangible Low-Taxed Income (GILTI). The Section 965 tax had little warning and there wasn’t much that could be done to avoid it. Now that we have the GILTI regulations and have filed our first year of tax returns with the GILTI income inclusion, is it what we thought, and can we plan for it?

As with anything in tax, it depends. After receiving final regulations, it is now clear what we need to include in income and the options that we have to reduce the tax. Through hedge fund partnership investments, we cannot do much beyond avoiding investments that create additional tax. This is hard to quantify for our clients in a diversified investment, but we can make them aware of the additional tax and compliance required. U.S. shareholders of controlled foreign corporations (CFCs) can try to reduce their ownership, so their investment is no longer considered a CFC. The taxpayer can also increase the amount of fixed assets held in their CFC to increase the qualified business income (QBI) deduction allowed to reduce GILTI income. Under certain circumstances, we have and will continue to make the Section 962 election to tax GILTI income at the corporate rates as if the client were a corporation. This only works for certain circumstances, but it is important that we are aware of our options.

The Tax Cuts and Jobs Act dramatically increased the amount of calculations and reporting that is required for our clients. It is a mixed bag on whether they saved tax or are paying significantly more. For the most part, there are savings in certain areas that are offset with an increase somewhere else. A few lucky individuals reap the benefits of the new law and don’t have to deal with the burden of additional limitations and reporting. The future will tell us the true effects, and we can continue to refine how to navigate the new law. It is more important now than ever to review the items we can affect and plan for the ones we cannot.

Joseph M. Giampapa, CPA, is Partner-in-Charge of the High-Net-Worth Group at Marks Paneth LLP. To this role, he brings more than 15 years of experience providing tax planning, preparation and consulting services to high-net-worth individuals, partnerships, corporations, estates, trusts and private foundations. In addition to providing strategic tax services to his high-net-worth clients, Mr. Giampapa frequently advises quick-service restaurant (QSR) franchises and their owners on efficient tax structuring, mergers and acquisitions and other matters. Prior... READ MORE +

Russell S. Ephraim, CPA, MST, Partner in the Private Client Services Group at Marks Paneth LLP, provides tax preparation and advisory services to both businesses and individuals. Mr. Ephraim has in-depth knowledge and experience related to federal and multi-state preparation of investment and operating partnerships, trusts and estates, and foundations. He specializes in advising high-net-worth clients with complex tax situations, such as foreign reporting compliance and international income reporting. In addition, he frequently works with... READ MORE +