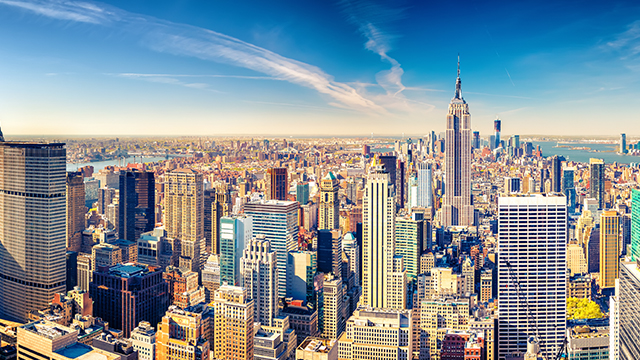 Update:  On August 25, 2021, the New York Department of Taxation and Finance issued Technical Memorandum TSB-M-21(1)C, which contains the Department’s first round of guidance on the new Pass-Through Entity Tax.  Fortunately, the Department’s official guidance substantially agrees with our guidance, which we originally published on May 6 (see below).

We have updated our Frequently Asked Questions to incorporate the Department’s new guidance.  However, there are still several outstanding issues that we are hoping the Department will provide additional guidance on, including:

We will update our guidance on the NY PTE tax once additional guidance is released by the Department.

One of the more potentially favorable elements of the law is a new, elective “Pass-through Entity Tax” (PTE tax) which many businesses with operations or investors in New York may want to take advantage of this year.  This new tax is similar to tax laws passed in several other states recently and is a way for smaller businesses (and even some larger ones) in New York to work around the recent federal tax law changes that took away previously available tax deductions for state income taxes.

Below is a summary of how states have come up with solutions to the limitations on state and local tax deductions and more information on the new PTE tax in New York State.

Why the Need for State and Local Tax (SALT) Deduction Workarounds?

As part of the 2017 Tax Cuts and Jobs Act, the federal Internal Revenue Code was changed for tax years beginning in 2018 in a way that limits an individual’s itemized deduction for state and local income and property taxes to $10,000 ($5,000 if filing separately).  For individual taxpayers in higher-tax states like New York, Connecticut and New Jersey this “SALT Cap” has acted as a de facto federal tax increase. These taxpayers can no longer claim itemized deductions for the state and local income and property taxes in excess of the $10,000 limit, whereas before 2018 there was no limitation under the regular tax system (although they were not and are still not deductible at all under the Alternative Minimum Tax regime).

How States Got Creative

In 2018, the State of Connecticut came up with a workaround to the federal limitation by enacting a PTE tax.  In most states, pass-through entities (Partnerships and S Corporations) are not subject to income taxes, but instead “pass-through” their incomes to their owners who are subject to tax on the profits.  Under Connecticut’s PTE tax, a pass-through entity doing business in Connecticut is required to pay an entity-level income tax on its business profits as apportioned to Connecticut.  Because the tax is paid and deducted at the PTE level, the individual or corporate owners effectively receive an “above the line” deduction which is not subject to the $10,000 limitation.  At the individual level, the owner is entitled to a credit against their CT tax based on a percentage of the tax that was paid at the entity level.  In 2019 several other states (Maryland, New Jersey, Rhode Island, Oklahoma) enacted similar laws, although unlike Connecticut’s law theirs are generally elective, meaning that the pass-through entity has to formally elect into paying the entity-level tax.

In November 2020, the IRS “blessed” Connecticut’s and other states’ workarounds when it issued Notice 2020-75, which provides that an entity-level tax, even an elective one, paid by a pass-through entity may be deducted as a business expense by the entity and is not subject to any limitation at the individual investor level.

New York Jumps on the Bandwagon

Seeing a way to potentially boost its own tax collections while at the same time providing a potentially valuable federal tax break to its residents and owners of businesses with operations in New York, the Legislature and Governor have enacted a SALT limitation workaround in the form of a new, elective PTE tax which can be taken advantage of this year.

Under New York’s new PTE tax, any entity taxed as a partnership or New York S Corporation may elect into the New York PTE tax system.  By doing so, the entity will be voluntarily electing to pay an entity-level income tax on at least a portion of its profits allocated to its individual investors (not corporations or other partnerships) at graduated rates starting at 6.85% on taxable income of $1 or more and increasing to up to 10.9% on incomes in excess of $25 Million.  Pass-through entities electing-in to the tax for this year must do so by October 15.  The election must be made by March 15 for each year after 2021.

The tax base for partnerships is the net New York source income (income sourced to New York using a three-factor formula consisting of the partnership’s overall average percentage of wages, property and sales in New York) of all nonresident individual partners and the total income of all New York Resident individual partners, no matter where earned.  For New York S corporations, the tax base is the S Corporation’s New York source income apportioned to New York based on the corporation’s percentage of sales in the state.

Finally, the New York Department of Taxation and Finance recently began taking the position that PTE taxes paid by partnerships to other states such as Connecticut and New Jersey were not creditable against the New York income tax of New York residents.  New York law has also been updated to provide New York resident individuals with a credit against their New York tax for similar entity-level taxes imposed by other states on pass-through entities (both partnerships and New York S Corporations) in which the individual is an investor.

If you would like to know more, Marks Paneth has developed a list of Frequently Asked Questions that you may want to review.  The New York Department of Taxation and Finance has not yet had time to release its guidance and interpretations of the law. We caution you that some of the answers provided below are subject to change.