Are We There Yet? Looking down the road at the health of the hospitality sector 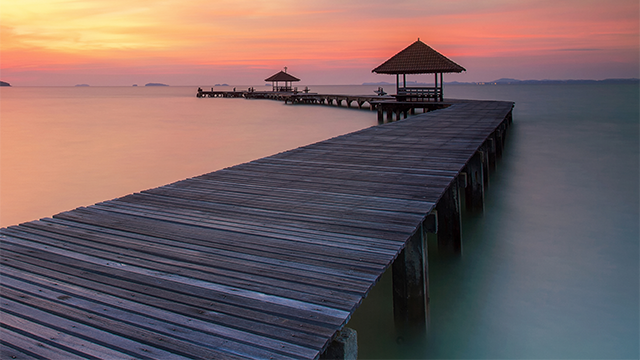 “Are we there yet?” Let’s face it, we’ve all heard that before on our way to that resort or hotel for our family vacation? whether we asked it as children or listened as our own kids pleaded for an answer to the same question. But for those of us in the hotel business, it can mean something entirely different. A lot of us believe that our industry is a good indicator of the country’s economic health? whether we’re on the top or the bottom of the business cycle. We spend much of our time wondering if ADR, Occupancy, Cap Rates, etc. have peaked, or are on their way down. Which is why we’re always asking ourselves, “Are we there yet?”

Like all sectors, the hospitality industry is greatly influenced by the general economic conditions of the economy. Many of us also believe that when the economy as a whole is on a downturn, we see it in the budget cuts that are inevitably visited on business and leisure budgets. So, what can we say about the current state of the U.S. hospitality industry? Are we there yet? That is, are we at the bottom of the business cycle, the top, or somewhere in between?

Let’s start with a look at the prospects for growth. Both “Tourism Economics” and STR (formerly Smith Travel Research) were correct in predicting that in 2015 the industry would see a 1.4 percent growth in occupancy, a 5.2 percent increase in the average daily rate and a 6.6 percent growth in revenue per available room (RevPAR). For 2016 they are equally optimistic: occupancy, they predict, should see a 0.8 percent increase, ADR should enjoy a 5.0 percent rise and RevPAR should experience an increase of 5.8 percent.  STR, for its part, estimates that supply in 2016 will increase by 1.4 percent while demand rises to 2.2 percent. Hardly the makings of a downturn.

In fact, the hospitality industry continues to enjoy the fruits of a new U.S. economic recovery, and we’re seeing higher demand across every sub-sector, from hotels and airline travel to new building development and job creation. For the record, the consensus among the industry executives at the New York University International Hospitality Industry Investment Conference in 2015 was that the sector as a whole could expect current conditions to last for at least four or five more years, at the very least.

The Fed had not announced an increase in interest rates at the time, but that alone doesn’t seem to bother anyone. The optimists say a recession is a very remote possibility and interest rates would have to move up drastically to have any negative impact on the economy. Times are good, they would probably claim. So why rock the boat with talk of downturns and shrinking markets?

Of course, those of us who have lived through these cycles before find times like this dangerous? leading us all, inevitably, to ask, “Are we there (at the peak) yet?” Again, many of us fear that the U.S. hospitality industry is in for a nasty shock, and soon.  Why? Because, among other reasons, the entire hospitality sector is overleveraged and swimming in debt. Plus, higher interest rates will make refinancing harder for borrowers, especially since the sector depends so heavily on asset securitization to maintain its present and future growth. We all remember the Resolution Trust Corporation (RTC) crisis in the 1990s and the overleveraged institutions of around ten years ago. In both crises, a weak economy that resulted in significant drops in RevPAR along with over-building and over-spending resulted in nary an investor around for hotel acquisitions absent the always present “vulture” investor looking to pick off bargains. What makes things even more difficult, say the skeptics, is that institutional investors are also concerned about the industry’s debt levels – which are the highest they’ve been in a long time – and thus wary of committing more capital to the hospitality market.

And yet, today, with all the evidence indicating that the hospitality industry is on a positive growth curve, some (many of us) are worried about “The Peak.” We recognize data which shows that the hotel sector is seeing prolonged levels of capital-fueled transactions and building activity, but worry that this is being driven by a large influx of overseas money, especially from China (witness the $14 billion cash bid by China’s Anbang Insurance Group Co. for Starwood Hotels & Resorts Worldwide Inc., which, according to the “Wall Street Journal,” “would be the biggest Chinese purchase of a U.S. company ever.”)

In fact, all the indications seem to suggest that the hospitality industry is recovering like the U.S. economy as a whole: more slowly than most would like, but certainly better than Europe, and way ahead of Japan which seems to resist all salvage attempts. While “Macroeconomic Advisers” did report a lower-than-expected U.S. GDP in the fourth quarter of 2015 – probably brought on by inadequate inventory investment and a drop in exports because of an increase in the strength of the U.S. dollar abroad – overall GDP in 2016 is predicted to hover in the 2.4 percent region.

What’s more, fundamental elements of the economy such as employment, wages and wealth – and new gains in housing prices – are strong enough to help counteract any ‘wobbles’ the financial markets might experience. And there are a number of possible wobble-inducing factors now at play: the ongoing conflicts in the Middle East; the back-wash from the Russia-Ukraine dispute; the recent terrorist attacks in Europe; and of course, the economic downturn in China. It’s worth pointing out that the latter situation could have an enormous impact on the U.S. economy as a whole.

As Brett Arends recently observed, writing in “Marketwatch” “Beijing’s surprise move to slash the price of its currency against the U.S. dollar DXY, -0.70% has far-reaching implications. And the yuan devaluation means the unthinkable may have happened: China, which is supposedly growing by 7% a year, may instead be facing recession. Or it may even have already fallen into one.” As they say, when China sneezes, economies worldwide catch a cold.

But, China notwithstanding, inflation rates in the U.S. remain low, which is a good sign, although the Fed is keeping a wary eye open for any signs of inflation. If that does raise its head, then market sentiments could quickly change, and probably not for the good. Still, long-term rates are at an all-time low and that means that the federal government is still able to support current U.S. debt levels. Plus, risk spreads for the U.S. banking community are comparatively small, which undermines the skeptics’ claim that the financial markets will be unwilling to acquire the asset-backed securities that are key to acquiring credit.

Yet, the economy and or industry keeps steaming ahead. According to STR, the hotel industry has enjoyed 44 consecutive months of RevPAR gains, which represents a 2.5 percent increase in demand over the long-term average of 1.7 percent. STR also reported that at the end of 2014 there were over 100,000 hotel rooms under construction, up nearly 43 percent from 2013.  What’s more, almost 70 percent of those rooms are located in upscale and upper-midscale hotels. Hardly signs of a forthcoming recession.

However, there are some warning signs. For example, the New York RevPAR has been soft in the last six to nine months and capacity is expected to increase by over 40 percent in the next few years. While there are some mega-deals, as mentioned above, parts of the city, most particularly in the outer boroughs, are starting to see higher cap rates on transactions and some reluctance on the part of banks to provide funding.

So, are we at the peak yet? The overall data seems to indicate that we are still moving forward. The U.S. hospitality industry is on a slow but steady growth curve.  However, there are some warning signs, at least enough to warrant caution. The conclusion? We might not be “there” yet, but we are probably closer to the “end of the trip” than the beginning.

This article, “Are We There Yet?”, was originally published in the September 2016 issue of Metropolitan Corporate Counsel. It can be found on page 29.