Planning Ahead For Partnership Audits Under the New Regime 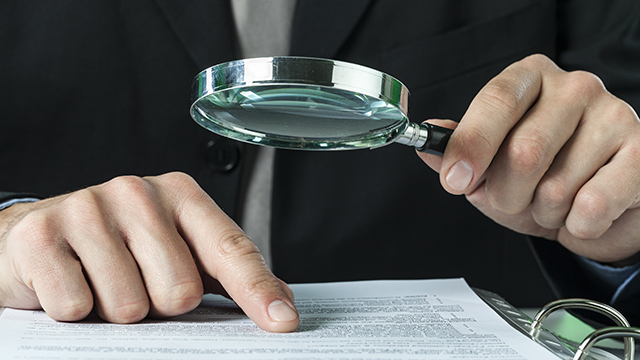 By Angelika Paskins and Alan Blecher

The IRS has made it clear that it is focusing on auditing partnerships in the near future. Agency officials have said that partnership audits will increase by 50% in fiscal year 2021. Consequently, it is critical that partners and partnerships are aware of the new centralized partnership audit regime and how it will affect them in the event of an audit. There is no better time for them to consult their accountants and attorneys to determine if changes to the partnership agreement are required.

The Bipartisan Budget Act of 2015 (BBA) repealed the prior audit rules under the Tax Equity and Fiscal Responsibility Act of 1982 (TEFRA) and replaced them with the centralized partnership audit regime (CPAR), effective for tax years beginning after December 31, 2017.  For the first time, under Code section 6225, audit adjustments are required to be assessed and paid at the partnership level rather than at the partner level. This means any additional tax (calculated at the highest income tax rate applicable to individuals or corporations), penalties and interest will be required to be paid by the partnership in the year the audit is finalized (“adjustment year”). Any adjustments that do not result in additional tax will also be reported in the adjustment year.

This is administratively easier for the IRS from a collection standpoint. However, it may have negative consequences for the partners. For example, what if the partners in the year the audit is finalized are not the same partners as in the year that is being audited? There are several options available to partnerships that can mitigate the negative effects of a partnership-level assessment, which will be discussed later.

As the regime is relatively new, partnership agreements may not be updated to incorporate some of the issues that arise in an audit under these circumstances. For example, if the partnership pays the tax, how will it be reported on the books? Will it reduce future distributions for the partners? How will allocations and capital accounts be affected? How will this affect the partners who were not partners in the year under audit? Partners should start thinking about addressing these issues in the partnership agreement now to avoid confusion later.

The Importance of the Partnership Representative

The “Partnership Representative” (PR) under the BBA replaces the “tax matters partner” under TEFRA. The PR is not required to be a partner of the partnership but must have a substantial presence in the US with a US address, telephone number and Taxpayer ID Number. An entity can be a PR if an individual is also appointed. The PR is designated on the partnership tax return every year. If the entity fails to select a PR, the IRS will designate one.

The PR plays a crucial role in the IRS audit process. Very close attention should be paid to who is designated. Under Code section 6223, the PR will have the sole authority to act on behalf of the partnership. The partners will be bound by the decisions and actions of the PR. Except for a partner who is the PR, no partner, or any other person, may participate in the examination process without permission of the IRS. It is important for partnerships to select a PR who has knowledge of the entity, can competently make decisions during the audit, and who will act in the best interest of the partners in dealing with the IRS.

Eligible partnerships can elect out of the CPAR on Schedule B-2 of a timely filed tax return (Form 1065). When the entity elects out, IRS proceedings and adjustments will be assessed at the partner level under the general audit rules applicable to individuals instead of at the entity level. An eligible partnership:

2)      Has only eligible partners which include:

If the entity has a partnership, trust or disregarded entity as a partner, the partnership will not be eligible to elect out of the regime.

As mentioned earlier, a partnership audit adjustment may affect partners in the current year who were not partners in the year under audit. One way to avoid this issue is for the PR to make a “push-out” election under Code section 6226 by filing Form 8988, “Election for Alternative to Payment of the Imputed Underpayment.” This election must be made no later than 45 days from the date of the final partnership adjustment from the IRS. This is an important deadline because there is no extension to make the election after the 45-day period.

When this election is made, the taxes, interest and penalties (“imputed underpayment”) are shifted from the partnership to the “reviewed year” partners. The reviewed year is the tax year that was audited and adjusted by the IRS. To make this election, the partnership is required to issue a push-out statement to the reviewed year partners. There is specific information that must be included in the statement and it must be signed by the PR and electronically submitted to the IRS.

The year the push-out statements are issued is the “reporting year.” The partners will use the statement to calculate the additional tax, interest and penalties for the audited year at the individual level. The interest rate increases by 2% if the push-out election is made (federal short-term rate + 5% instead of 3%).

The partner will also need to calculate the additional liability for the years in between the audited year and the reporting year (“intervening years”) if tax attributes are affected in the initial year adjustment. The total additional tax, penalties and interest will be reported and paid with the tax return for the reporting year. Thus, no amended returns will be filed.

For example: A partnership’s 2013 tax return is audited. The audit is finalized and push out statements are issued to reviewed year partners in 2016. The partners in the 2013 tax year will calculate the additional tax, interest and penalties at the individual level based on the information in the push-out statement for tax years 2013, 2014 and 2015 and include the additional liability on their 2016 individual tax returns.

If partners want to ensure that reviewed year partners will be liable for an imputed underpayment, a partnership may consider including a requirement for the PR to make a push-out election in the partnership agreement.

To ease this burden, the IRS has an alternative procedure known as the “pull-in procedure” in Code section 6225, which has the same effect as filing amended tax returns without the partners having to file them. If a partner pays the tax that would have been due with the amended return, submits a statement to the IRS to substantiate that the tax is computed correctly and adjusts the tax attributes for future years, the imputed underpayment of the partnership will be modified and reduced for those amounts.

The payments and filings are due within 270 days from when the notice of proposed partnership adjustment is mailed by the IRS. Not all review year partners are required to participate in a pull-in procedure, and the partnership will be responsible to pay the tax due for the partners who do not participate.

The pull-in procedure is another way that partnerships can shift the liability to the reviewed year partners instead of paying the tax at the entity level, and which should be addressed in the partnership agreement.

Whether it involves choosing a PR, electing out of the new audit regime or determining who pays the tax liability, now is the time for partners to have discussions about IRS audit procedures with their accountants and attorneys. Other items such as how partnership payments of tax will be treated on the books and how certain items will be allocated if adjustments are assessed, are just a few of the many areas that should also be addressed when it comes to an IRS audit under these new rules. With increased IRS partnership audits on the horizon, it is important that partners have procedures in place and modify the partnership agreement, if necessary, to avoid unintended consequences in future audits.