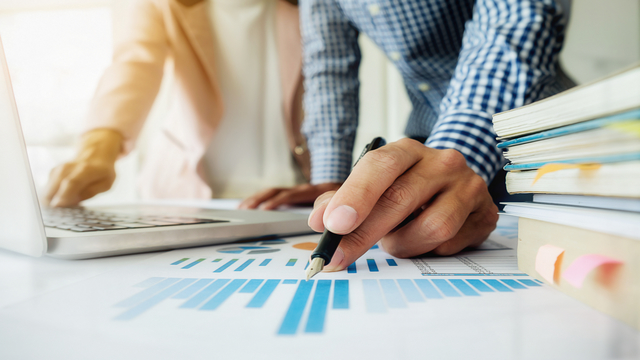 In May 2017, the Governmental Accounting Standards Board (GASB) issued Statement No. 86, Certain Debt Extinguishment Issues. The Statement provides clarity and consistency surrounding the “in-substance defeasance of debt” by issuing guidance for transactions where resources, other than the proceeds of refunding debt, are placed in an irrevocable trust to pay the future principal and interest payments.

WHAT IS CONSIDERED IN-SUBSTANCE DEFEASANCE OF DEBT?

This is when a government irrevocably deposits cash or other assets into a trust for the sole purpose of paying future debt service payments. Placing the resources in a trust drastically limits the possibility that the government will be required to make these future debt service payments. Typically, governments perform these transactions to achieve savings on interest costs, which are incurred due to the difference in the interest rates at the time the debt was issued versus current rates. One of the main advantages is that the amount of resources needed to defease the debt is usually less than the carrying value of that debt, which in turn produces a gain on the financial statements.

The Statement discusses placing into a trust debt that has been defeased in substance with only existing resources. These are resources other than the bond proceeds of the refunding debt. The trust that these resources are placed into should be restricted to owning only assets that are essentially risk-free as to the amount, timing and collection of interest and principal. Such assets include:

The trust must also meet the timing requirement, wherein the maturity dates of the trust’s assets should coincide with the scheduled interest and principal payments on the defeased debt. If the securities in the trust are considered callable, then there is no assurance that the reinvested funds would satisfy the scheduled payments. As a result, they do not qualify under the timing requirement for defeasance purposes.

When placing funds into a trust, it would be wise to ensure that they prohibit the substitution of essentially risk-free assets with assets that are not essentially risk-free. If the trust does not have this policy, then this must be disclosed in the notes to financial statements.

RECOGNITION AND NOTES TO FINANCIAL STATEMENTS

As always, when a debt is considered defeased, the liability should no longer be reported on the statement of net position. Any difference between the reacquisition price (the amount placed into escrow) and the net carrying amount of debt should be recognized separately as a gain or loss in the period of defeasance.

The net carrying amount of debt is the amount due at maturity, adjusted for any unamortized premium or

discount and prepaid insurance related to the debt, as well as any deferred outflows/inflows of resources from prior refundings.

As discussed previously, if the trust does not prohibit substitution of essentially risk-free monetary assets, it must be disclosed in the notes. The Statement also requires that the total amount outstanding of defeased debt associated with this trust be disclosed separately from the total amount of debt defeased that remains outstanding. The purpose is to notify the readers that the government may be required to pay the future debt service on defeased debt, due to the fact that the investments are not essentially risk-free monetary assets and could be called early.

Although earlier application was encouraged, the requirements of this Statement are effective for reporting periods beginning after June 15, 2017. This would be those governments with fiscal years ending June 30, 2018, December 31, 2018, and May 31, 2019.