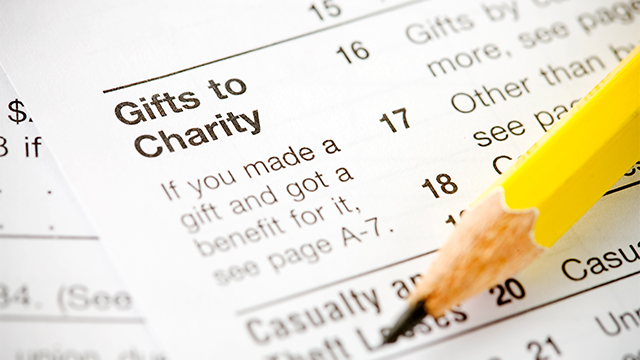 The Accelerating Charitable Efforts Act, or ACE Act, introduced earlier this year by Senators Chuck Grassley (R-IA) and Angus King (I-ME) would impose new requirements and restrictions on the use of Donor-Advised Funds (DAFs) and Private Foundations (PFs).

The ACE Act has not yet passed Congress, but if enacted it would, in some cases, impact the availability and timing of charitable tax deductions related to taxpayers’ DAF and PF contributions. It would also potentially go into effect on January 1, 2022, so action should be taken as soon as possible.

Simply put, a DAF is a philanthropic investment vehicle, where donors can contribute money and receive a charitable contribution deduction under IRC 170, and the monies can grow for future distributions to charities. The beauty of sponsoring a DAF is that there is no payout requirement like those of private foundations, which have to distribute each year 5% of the fair market value (FMV) of their investments. There is also an administrative advantage to having a DAF over a private foundation since there is no requirement for each DAF fund to file tax returns.

Until this legislation, there were very few requirements and restrictions for DAFs. A DAF, based on the IRS guidance, “is a separately identified fund or account that is maintained and operated by a section 501(c)(3) organization, which is called a sponsoring organization. Each account is composed of contributions made by individual donors. Once the donor makes the contribution, the organization has legal control over it. However, the donor, or the donor's representative, retains advisory privileges with respect to the distribution of funds and the investment of assets in the account.”

Over the years there have been various proposals to regulate DAFs but none has yet been finalized.

The newest proposal is the ACE Act, which would create new restrictions and requirements as explained below.

The Q-DAF is also called a 15-year DAF. This type of DAF is required to distribute all funds to qualified charities within 15 years of receiving the donation. The donor would receive an upfront income tax charitable contribution deduction. The donor needs to commit to distributing the contribution made (including earnings) or releasing their advisory privileges within the 15-year window. In addition, in the case of a donation of a non-publicly traded asset to this type of DAF, the charitable contribution income tax deduction wouldn’t be allowed until the year in which the DAF sponsor sells the donated asset. The charitable contribution deduction would equal the gross proceeds from the sale of this type of asset and would be credited to the account or fund identified with the taxpayer.

Non-publicly traded assets are any assets for which market quotations are not readily available on an established securities market.

Contemporaneous acknowledgment letters would be required for both types of these new DAFs, with different specifications when the donated assets are non-publicly traded assets in the case of a Q-DAF or non-cash contributions in the case of an NQ-DAF. Such acknowledgment letters are required to be provided by the sponsor of the DAF within 30 days of sales of these assets or a qualifying distribution. Further, acknowledgment letters must include specific details like the amount of any deduction that can be claimed and clarification that it cannot exceed the amount of gross proceeds. If an acknowledgment  letter is not received or if it doesn’t meet the specifications in the ACE Act, the donor cannot claim the charitable contribution deduction.

There is a penalty for failure to distribute the contributed assets by both types of DAFs within 6 months after the committed period ends. The penalty amounts to 50% of the assets that weren’t distributed, including appreciation of those assets. This tax is paid by the sponsoring organization.

There is also a third type of DAF established by the ACE Act. A Qualified Community Foundation DAF (“QCF-DAF”) is a DAF that is controlled by a qualified community foundation (QCF). The QCF-DAF wouldn’t be subject to the provisions above if it met the following conditions:

However, when it comes to non-publicly traded assets, the QCF-DAF would be required to follow the same rules as a Q-DAF.

The above provisions are meant to impose requirement of the various types of DAFs to distribute assets within the prescribed periods. Tying this to a charitable contribution deduction of the individual donor might enforce that requirement. In effect, more monies would be flowing to the qualified charities and public they support. However, this might also disincentivize some donors, since they would have to commit to timing of the distributions. Given that DAFs under the current law are flexible when it comes to donations one can make to them, the limitations on non-publicly traded assets will certainly affect some donors. The proposed enactment of this bill is January 1, 2022, so it would be best for donors considering those types of contributions to make them before that date.

The ACE Act also has provisions affecting Private Foundations. These are not as substantial as the provisions described above; however, they are equally important.

One of the changes includes the disallowance of administrative expenses paid to a disqualified person (other than foundation manager, who is not a member of the family of any disqualified person) to be counted towards qualifying distributions. This provision shall apply to taxable years beginning after December 31, 2021.

The Act includes a provision for PFs that are making significant charitable contributions. As such, no tax would be imposed on PFs that make qualifying distributions that are more than 7% of the FMV of their assets. These rules become effective after the enactment of this Act.

Finally, there is an exemption of tax on net investment income of PFs that specify in their governing documents that they will not exist more than 25 years and will make no distribution to other PFs that share the same disqualified persons. If the PF fails to do this there is a recapture of the tax.

The Act also adds special rules for calculating a support by a public charity that receives monies from DAFs. Organizations qualifying as 509(a)(2) and 170(b)(1)(A)(vi) public charities that receive amounts from the sponsoring organization that identify the donor need to count the support as provided by such donor. However, if the donor isn’t identified, then those contributions are aggregated and not treated as received from a public charity, but rather a single person. There is an exception to that if the contribution is made not from DAF funds or from funds over which no one has advisory privileges. These rules become effective after the enactment of this Act. This is a very important provision as, to date, most DAF contributions have been treated as contributed from publicly supported organizations. This could cause some charities to fall under the required 33.33% public support test and possibly jeopardize their tax-exempt status.

The above provisions are very significant to DAFs and PFs. It’s important to note that the ACE Act specifies for some of the PF provisions to be effective as soon as the next calendar year. However, other provisions are effective after the enactment of this legislation. There is a high chance that the ACE Act will be passed soon, but there is also no guarantee. We will provide updates as this legislative process progresses, with particular emphasis on the provisions that will take effect next year should the legislation be enacted.

If you have any questions on the ACE Act or any other legislation’s effect on your organization, please contact Magdalena Czerniawski, Partner in the Nonprofit, Government and Healthcare Group, or your Marks Paneth advisor.