Changes to Governmental Fund Accounting are on the Horizon 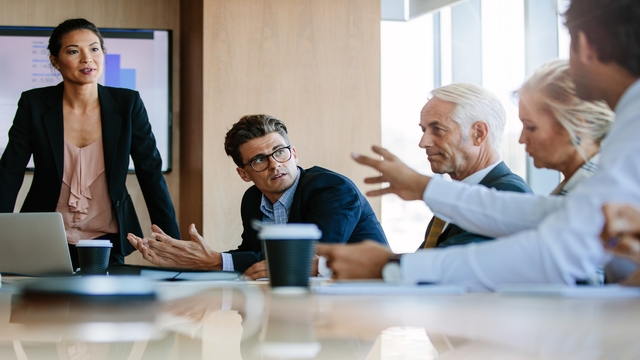 The Governmental Accounting Standards Board (GASB) is considering some important changes to the overall financial reporting model originally introduced for use by governments in GASB Statement 34. This is not a complete rewrite of the current financial reporting model, but rather a focus on several areas where the GASB believes potential changes should be considered. This article focuses on one of those areas, governmental fund accounting, because this might actually have the greatest impact on governments, including some operational impacts.

How could an accounting standard have an operational impact? It’s very likely that a future GASB Statement based on a recognition conceptual framework also being developed will result in significant changes to  the accounting used by governmental funds. This is important because many governments adopt budgets for their general fund that are based on the current modified accrual basis of accounting/current financial resources measurement focus or some variation thereof. This means that a future GASB Statement might result in how a government budgets its resources. While past GASB statements impacted financial statement amounts and disclosures, this one could impact budgeting, i.e., real money.

The conceptual framework project that you need to keep an eye on is titled simply, “Recognition.” The purpose of this project is to develop recognition criteria for whether and when information should be reported in government financial statements. It will provide the underlying changes in the conceptual framework to justify the changes in governmental fund accounting. These changes are part of the Financial Reporting Model project, which is what will ultimately lead to an expected GASB Statement on changes to the financial reporting model, including governmental fund accounting.

The GASB is expected to issue two important Preliminary Views (PV) documents in September 2018. One is a PV document of the recognition conceptual framework. The second is a PV document that will present the GASB’s views on expected changes to the financial reporting model, including those that impact governmental fund accounting. This second document is expected to include PVs to adopt what is called a short-term financial resources measurement focus for governmental funds.

Recognizing accrued interest when payable and normally due within one year, which may not necessarily align with the recognition of principal payments on the related debt. Recognition of tax and revenue anticipation notes as liabilities. Exclusion of the recognition of the current portion of long-term assets and liabilities Of course, a number of other tentative decisions will be made in the next couple of months. While these changes don’t seem revolutionary, consider the example of property taxes, which have a currently defined period of availability of 60 days. This would change to one year, which will have a significant impact on many governments’ general fund financial statements.

Certainly, the first action step is to be aware of these potential future changes and follow the Recognition project carefully. Commenting on the PV documents (and the Exposure Drafts which are expected in 2020) would be helpful if you have serious concerns about any of the matters contained in these documents or if you have serious implementation concerns. Most importantly, be aware that these changes (or some variation of them) have a good chance of moving forward. While a final standard in 2022 may seem a long way off, it’s really not, particularly if your government prepares five year plans or projections. Suddenly, 2022 doesn’t seem so far away!

Warren Ruppel, CPA, is a Partner within the Nonprofit, Government & Healthcare Group at Marks Paneth LLP. He has over 40 years of experience in accounting and auditing services for governments and nonprofits. Prior to joining the firm, Mr. Ruppel served as the Assistant Comptroller for Accounting of The City of New York, where he was responsible for all aspects of the City’s accounting and financial reporting. He was also the Secretary of the City’s... READ MORE +