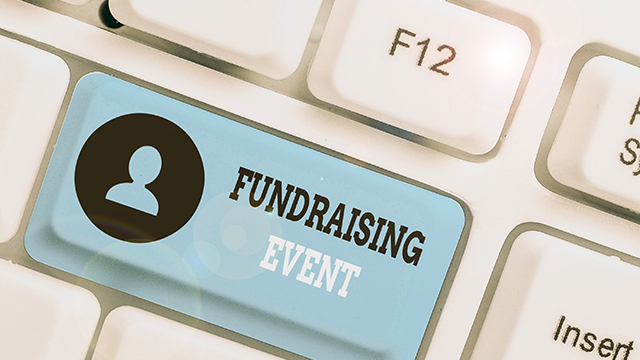 With the full year of virtual galas behind us, we are starting to see many of them reported on financial statements and tax returns. There were quite few nuances between these two financial documents pre Covid-19, and now with many galas and other fundraising events being virtual, we see even more differences.

Let us start with describing what are considered fundraising activities. Per the IRS, they are “activities undertaken to induce potential donors to contribute money, securities, services, materials, facilities, other assets, or time.” Seems straightforward. Now, let’s look at fundraising events. Again, per the IRS, they “include dinners and dances, door-to-door sales of merchandise, concerts, carnivals, sports events, auctions, and similar events not regularly carried on that are conducted for the primary purpose of raising funds.”

Good examples of this would be any type of race or other events where money is actually raised and, thus, are rightfully called fundraising events. However, for tax purposes, they are not. There’s a simple reason for that. For tax purposes, an event can only be reportable on Schedule G if there is a “quid pro quo,” which is Latin for “what for what” or “something for something.” As such, this means the donor expects something in return for their contribution.

In an event such as a 5k race or marathon for an organization’s benefit, very seldom does the donor receive anything in return. They do raise funds, but given the lack of quid pro quo, those are usually treated as contributions on Form 990, Part VIII Statement of Revenue. However, for audit purposes, those would still be classified as special events, therefore leading to a disconnect between the two.

Determining the Benefit to Donors

The challenge becomes when an organization tries determining the benefit to donors.  Neither auditor nor tax preparer disagree on what the expenses are; however, the accounting for and presentation of the expenses might be different.

From the tax perspective there are a few things to consider. First, before the event takes place, usually during the planning stage, the organization needs to determine the selling price of sponsorship packages and tickets. The ticket price usually has a contribution part and the quid pro quo part. In other words, the value of what the donor receives in return is included in the ticket price. For financial statement purposes, the auditor usually makes sure those are reasonable. However, for tax purposes there is a little wiggle room. Once an organization determines the quid pro quo portion, that becomes a nondeductible portion of the total contribution given and is disclosed to the donor on the acknowledgment letter. Therefore, it is very important to carefully determine that portion. It should include only direct expenses that benefit the donor.

Think of this like going to a restaurant and paying for dinner. Those expenses would be any food or beverage, entertainment, prizes and other direct expenses. Often, determining the value is the most challenging part of the planning, and a lot happens between when this value is determined and when the actual expenses are incurred. Therefore, the two amounts are almost never the same.

An important function of Schedule G is to reconcile the nondeductible amount stated with the actual expenses incurred. In other words, Schedule G takes the total income from an event and subtracts the contribution part. That part is everything above the value of goods received as stated to participants in the acknowledgement letters. The net of those two is considered gross income to the organization.

Next, the direct expenses are subtracted from gross income to arrive at net income. If we had a crystal ball and projected the quid pro quo amount correctly, Schedule G net income would be zero. That would mean the amount disclosed to participants that benefits them and is not a deductible contribution for them is the actual amount that the organization spent. However, in the real world, the organization usually spends more than it projected. It is important to monitor those expenses and to make adjustments when planning future events to have the nondeductible amount revised accordingly.

Are the Expenses Reasonable?

In addition, as donors we want that contribution amount to be higher because we get the tax benefit on our personal tax returns. However, organizations are tasked with making sure the nondeductible amount is reasonable, and Schedule G makes it clear. From the organization’s standpoint, you can’t go back and change the acknowledgement letters sent to donors, but those amounts should be monitored to understand what the differences were so that in the future the differences can be addressed. Lastly, since for financial statement purposes most of the differences in the calculated benefits are immaterial, it usually does not come up unless they are substantially different.  Therefore, it’s really on the organization to monitor those.

Reporting donated goods is an additional item to think about for fundraising purposes. Often, when an organization receives donations for auctions held during galas, the donations are not accounted for when donated, but only when the item is sold at auction. Those are actually two separate transactions. One is when a donor donates the item and second is when an auction attendee purchases that item. The first transaction would be reported as a contribution on the tax return and the second would be reported as income; the contribution part is reported only if the amount paid is above the fair market value of the item.

Finally, an issue that became important during the past year is the virtual gala.

Virtual fundraising events could be reported two different ways. A typical virtual fundraising event would involve attendees who paid for a ticket and received nothing of value in return; hence, their ticket purchases are reported as contributions, similar to the kind of reporting for a 5k race or other “special event.” However, some organizations send gifts to virtual gala attendees, such as a bottle of wine or other valuable item. Small tokens of appreciation with the organization’s logo wouldn’t usually constitute a benefit. However, since the donor received something of value, it creates a quid pro quo and, therefore, there is a nondeductible portion that needs to be included on the acknowledgement letter. That type of virtual gala would be reported on Schedule G, and it would be important for the organization to track all expenses – including those for the donor gifts – and properly account and report them.

I think in the future we will be seeing a mixture of in person and virtual events.  As stated above it’s important to track and report them correctly.

If you have questions about the nuances of accounting for donations and expenses related to fundraising activities, feel free to reach out to your Marks Paneth advisor.