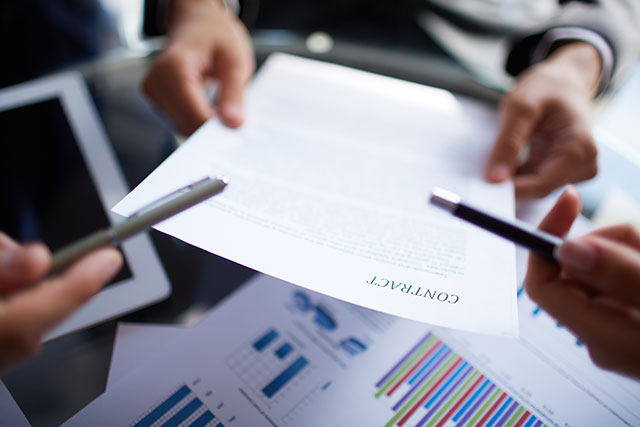 Indirect cost rate (“ICR”), often referred to as management and administrative expenses or overhead, for nonprofit and other organizations (“providers”) contracted under the City of New York (“City”) health and human services contracts has been a significant issue over the years. These indirect costs typically include salaries and benefits for a provider’s administrative staff (such as executive director, fiscal staff, information technology personnel and human resources) as well as the utilities, facilities, security systems, technology and other expenses associated with administrative offices - plus any other activities (such as legal and audit fees, etc.) not directly related to service provision..

In general, providers were finding that the indirect cost reimbursement for City contracts was significantly lower than the actual expenses incurred while delivering the services. Many providers, especially nonprofit organizations, became hesitant to enter into such contracts with the City due to the resulting loss from the programs. Although the federal Office of Management and Budget (“OMB”) implemented Uniform Guidance in December 2014, allowing a 10% de minimis ICR or a federally negotiated indirect cost rate (“NICRA”) the City has not implemented the de minimis ICR or NICRA for reimbursement on its contracts. Recently, however, the City released The City of New York Health and Human Services Cost Policies and Procedures Manual (“Cost Manual”), which represents almost two years of research and development in collaboration with the Nonprofit Resiliency Committee. This Cost Manual provides uniform ICR guidance for all City agencies with contracts and it applies to the City’s health and human services contracts. The Cost Manual presents policies and procedures for the preparation and claiming of ICRs, cost definitions and treatments, as well as a methodology for calculating ICRs. It is intended to offer budgeting flexibility for nonprofit providers and streamline administrative processes. By standardizing cost definitions and ICR policies, the manual aims to promote greater accessibility to the City’s contracting by providing clear and comprehensive cost guidance. The Cost Manual will apply to all contracts across all the City agencies commencing from July 1, 2019 or afterwards, though providers can apply the Cost Manual to a contract with a start date prior to July 1, 2019 via an amendment to their contract. According to the Cost Manual, a provider can either claim a City de minimis indirect rate or a rate higher than the City de minimis indirect rate. A City de minimis rate is defined as up to 10% of the direct cost base of the contract, without providing documentation to the City during the budget approval process. However, a provider is not eligible for a City de minimis rate when the provider is a subrecipient of federal funds and the provider has a NICRA, or when supported with federal or state funds where the federal or state regulations require additional documentation to substantiate indirect rates. Providers could request a higher indirect rate than the City de minimis indirect rate when the provider has a federally approved NICRA that is valid at the time of the reimbursement request or if the provider submits a letter from a CPA verifying that the provider calculated the ICR according to the Cost Manual and based the ICR on the most recent available schedule of functional expenses. The letter is valid for three years from the date of issuance and a template of the letter is included in the Cost Manual. It appears that a provider can obtain the letter from any CPA, not necessarily their auditors, though it would be preferable to get the verification letter through the provider’s auditor, as they understand the provider’s business and have conducted an audit on its expenses.

The City policy allows the City funding agencies to audit the providers, irrespective of whether the provider used a de minimis rate, NICRA or a rate calculated by the provider and verified by the CPA. The audit would cover compliance with the Cost Manual, indirect cost, direct cost base and rate calculation. In addition, the audit could also cover processes, internal controls and appropriate categorization of cost as either direct or indirect. Using a de minimis ICR would not protect a provider from substantiation and audit of the cost. If the provider used a de minimis rate, the audit may verify that the rate used is consistent with the rate specified in the human services contract, the rate is applied to the correct direct cost base and that the reimbursed indirect costs are allowable, reasonable and not duplicative.

In general, the Cost Manual follows the guidelines outlined in the 2 Code of Federal Regulations (CFR) part 200 in defining what is considered as direct cost, indirect cost, allowable costs and unallowable costs. The manual also discusses the treatment (as direct or indirect) of frequently incurred costs by providers, whether such costs are allowable or not and provides some examples of such costs. The Cost Manual also provides procedures and steps to develop a simplified allocation method.

Most providers have a general ledger accounting software package which can capture expenses by function and nature to properly present a statement of functional expenses in accordance with U.S. Generally Accepted Accounting Polices in their financial statements. Considering the guidance included in the Cost Manual, providers may have to revisit their expense categorization in the general ledger, especially to track direct and indirect costs and unallowable costs. If the provider has multi-layer reporting responsibilities such as single audit, cost reports, etc., the expenses categorization should support the requirements of all the funders. The CPA has to perform several additional procedures during annual audit to ensure that the provider’s expense categorization and ICR calculations are in accordance with the Cost Manual.

The implementation of the Cost Manual may have some challenges; however, it is a bold step towards ensuring a reasonable ICR for the provider community. This will in turn ensure provider sustainability and solvency while encouraging efficient service delivery for health and human services contracts.

The Cost Manual can be found here.