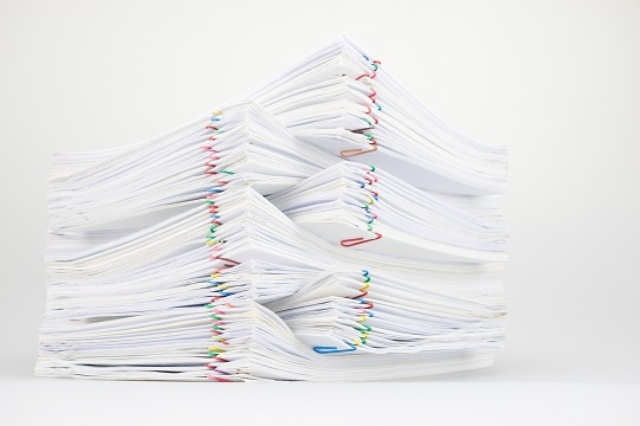 April 15, 2019 marked the ostensible end to the first “tax season” implementing the Tax Cuts and Jobs Act of 2017 (TCJA). Although the Act was signed into law late in 2017, it was effective for the most part as of January 1, 2018 – or, in “code speak,” for tax years beginning after December 31, 2017. Therefore, this was our first official tax season under the TCJA.

In some quarters, the Act was lauded as tax “simplification.” However, if you mention that to a tax professional, he or she will laugh heartily (at best) and at worst…well, we won’t mention that. Whether or not one agrees with the tax policies underlying the Act, there is little doubt that it has significantly complicated the tax compliance process.

Perhaps the most confounding new provision is Section 163(j), which limits the deduction for interest expense incurred in a trade or business to 30 percent of “Adjusted Taxable Income.” This byzantine provision has caused – and continues to cause – a great deal of angst in the practitioner community. The preamble and actual text of only the first round of proposed regulations for this one Code section run well over 400 pages – exceeding the Mueller report. The limitation applies to taxpayers whose average gross receipts for the preceding three taxable years are more than $25 million. Simple enough? Not so fast.

One may think that if you are preparing the tax return for ABC LLC, you simply look at its tax returns for the prior three years, add the gross receipts and divide by three. However, taxpayers with certain levels of interlocking ownership or functional interdependencies are treated as one taxpayer in determining whether the $25 million limitation applies. And the provisions which determine whether or not taxpayers are “aggregated” as one for this purpose are as un-user friendly as any you will find in the Code and regulations. One prominent tax author confessed that he had avoided writing about these rules for as long as possible. Suffice it to say, here we are after April 15th, and who gets aggregated with whom is not entirely settled.

Navigating the aggregation obstacle course isn’t even the end of the story if you’re in the real estate business. Such businesses – once it is determined they are subject to the limitation – can elect out. This means that they can deduct their interest expense the old-fashioned way, without limitation. But there is a quid pro quo for electing out of the interest expense limitation – your depreciation must be computed under less favorable rules, thus requiring a level of “as if” calculations. This forces one to have a crystal ball to predict how depreciation and leverage will play out in the future. Foresight – unlike hindsight – is rarely 20/20.

In addition, the election, once made, is irrevocable. And just when you thought you had the “as if” depreciation calculations nailed down, the depreciable life and method for “qualified leasehold improvements” remains vexing. This asset type was a victim of literally a typographical error in the TCJA, which could have been corrected by Congress a year ago. Many felt that this was a simple fix, since the same party that passed the TCJA still controlled both Houses at the time. Now that the opposition controls one House, it is anyone’s guess if or when this simple fix will be made. This state of affairs would be irksome enough under normal circum- stances but becomes untenable when one is deciding whether or not to make an irrevocable election.

Another wrinkle here is that it is not clear, as of now, how the Section 163(j) limitation is to be applied in tiered partnership situations. There is also talk that a "small taxpayer" (that is, one with $25 million or less in average gross receipts on an aggregated basis) will be permitted to elect out in additional guidance expected from the IRS over the summer. While prudence would dictate that returns be put on extension in the interim, this is not always possible in instances where clients have hundreds of investors asking for the K-1s.

Another knuckleball thrown at practitioners and taxpayers for the first time this season is the Section 199A deduction, commonly referred to as the “20 percent deduction.” This deduction allows owners of businesses conducted in noncorporate form to reduce their taxable income by 20% of certain income. In broad strokes, this is income from businesses which make large capital investments or employ a lot of people. Much to our disappointment, “specified service” businesses are not eligible for this benefit – think accounting firms, law firms, medical practices, etc.

Although not as lengthy as the provisions covering Section 163(j), the preamble and regulations covering Section 199A come in at over 240 pages and are no walk in the park themselves. Section 199A also contains aggregation provisions, which enable taxpayers to combine their business entities – for purposes of this provision only – in a manner which optimizes their deduction here. Of course, these aggregation provisions are different than the ones in Section 163(j).

Sections 163(j) and 199A alone added considerable complexity to 2018 tax returns, both in terms of additional calculations required and additional footnote information which had to be passed on to   the owners of affected entities. And even here, there was a divergence of opinion in the practitioner community regarding what additional information had to be provided, and in what form.

I started out by referring to April 15th as the ostensible end of the tax season. What many people don’t realize is that, due to extensions, the tax season really lasts until September 15th for certain businesses and October 15th for other entities and individuals. This “second busy season” is often more challenging, if for no other reason than that no extensions are available. The decisions to be made at the Form 1040 level especially will make this second tax season a memorable one, for sure. Stay tuned!

Alan M. Blecher, JD, is a Principal at Marks Paneth LLP. Mr. Blecher has considerable experience serving high-income and high-net-worth individuals and their closely held businesses. He focuses especially on partnerships, limited liability companies and S corporations. He has been in public accounting since 1985 and has been involved in tax planning for numerous transactions. These include transactions involving public debt offerings, sales of family businesses and restructurings of distressed entities, among others. Mr. Blecher... READ MORE +