Who are the Real Winners and Losers of the Reformed Rent Regulation Laws? 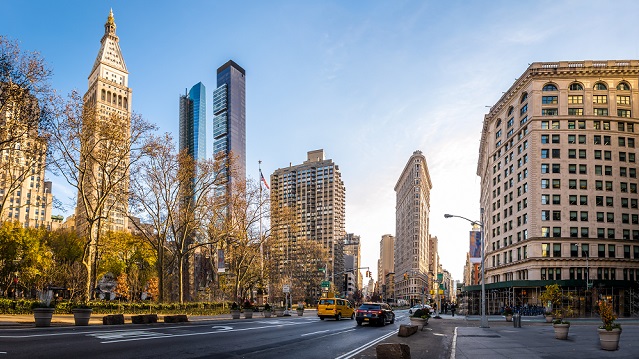 New York State’s landlords and developers have been in a continued state of uproar since June 14th, 2019, the date that New York State legislature passed The Housing Stability and Tenant Protection Act of 2019. This substantial rent overhaul has enacted a historic tipping of the scales – one that appears to favor tenants over landlords but will have far reaching implications for both groups over the long term. The six major changes highlighted below illustrate the dramatic effect that the new law will have on the real estate industry. As landlords and property owners brace for the law’s impact on their future financial statements and business opportunities, what remains to be seen is whether the strain will be passed on to the very tenants the bill is intended to help.

Two changes with the potential to have a sweeping effect on our entire industry are those that have been made to the rules surrounding Major Capital Improvements (MCIs) and Individual Apartment Improvements (IAIs).

MCIs are building-wide improvements, such as new roofs, boilers or windows. In the past, landlords were able to pass 6% of the costs associated with these improvements onto their tenants. These are known as MCI increases. Under the new law, MCI increases will be capped at 2%. The new regulations also tighten the enforcement of these rules by requiring that 25% of MCIs be inspected and audited. In addition, MCI increases - which were permanent in the past - will now be eliminated after 30 years.

IAIs are physical improvements made to vacant apartments in order to appeal to potential renters. Landlords spending significant amounts of money on these improvements would then pass a fraction of the cost onto their tenants through rent increases. The new law dramatically limits this practice, allowing only $15,000 of the renovations to be passed on to the tenants over 15 years – equating to an increase of approximately $89 a month. (To put the $15,000 limit into perspective, landlords are already pointing out that applying for permits alone costs about $6,000 – and that’s just the beginning of a renovation project.)

These two major changes have begun to cause a lot discussion within the industry, with many now wondering if landlords will have the financial incentive or motivation to continue improving a property. If landlords no longer receive additional rental income to offset costly property upgrades, one can only speculate as to whether they will continue to expend those extra dollars.

Don’t discount the trickle-down effect these changes may have on the property improvement trades, either – all of the vendors whose livelihoods depend on work performed at these properties may also be directly affected by this. This includes carpenters, plumbers, contractors, suppliers, maintenance workers and many other types of businesses servicing the real estate industry.

THE END OF THE VACANCY BONUS AND VACANCY DECONTROL

The new law bids farewell to not only the decontrol of apartments, but the vacancy bonus as well. In the past, when the maximum legal rent for a rent-stabilized apartment was reached, the apartment would destabilize and became available at market rate when the tenant vacated. (For context, prior to June 14, upon reaching the maximum rent of $2,774, over 155,000 units were deregulated.) The new legislation has permanently repealed the practice, meaning that even once the maximum legal rent is reached, units are no longer decontrolled upon tenant vacancy. The vacancy bonus, which is also coming to an end under the new law, previously allowed landlords to raise rents by 20% when tenants changed.

These changes have led to industry-wide speculation of whether there will still be a market for investors to purchase buildings with rent-regulated units.

THE END OF PREFERENTIAL RENT AND HIGH-INCOME DEREGULATION

The end of preferential rent and high income deregulation are further changes that may affect landlord revenues. Preferential rent refers to the discounted rent a tenant would pay when the maximum legal rent of a unit exceeded the market value. Upon the renewal of a tenant’s lease, landlords were permitted to increase rent to the higher value. The new legislation has permanently ended that option, guaranteeing that rents remain at the lower preferential value. High-income deregulation, which previously occurred when a tenant earned over $200,000 a year for two consecutive years, has also ended, making it so that a landlord can no longer deregulate a rent-stabilized unit in instances of high income.

The changes outlined above are just a portion of the sweeping reform passed on June 14. With the potential impact of the new law so great, members of the real estate industry have wasted no time reacting. Landlords and property owners are claiming that these changes will make the continuous renovation of apartments and buildings in New York City unachievable. Many of the city’s buildings are 80 to 100 years old and growing costlier to repair and maintain. Their concern is that the returns and incentives to invest in their buildings are now too low.

The Real Estate Board of New York, The Rent Stabilization Association (RSA) and the Community Housing Improvement Program (CHIP) are just a few of the organizations that have been challenging these new regulations. The organizations have expressed worry that with impacted revenue streams, obtaining capital is going to become more difficult for property owners, driving capital out of the city and encouraging landlords not to improve their buildings. Ultimately, this would slow growth in affordable housing and the real estate industry as a whole.

On July 15, just one month after the law was passed, RSA, CHIP and seven individual landlords filed a federal lawsuit stating that the new law violates the Fifth and Fourteenth Amendments of the U.S. Constitution. The lawsuit intends to end the state’s rent stabilization regulation, alleging that the new law restricts the landlord’s property and claiming that the new law does not meet the city’s goal of making housing affordable for low-income tenants.

Is there a loud and clear message coming from Albany? The overarching theme of doing business in New York is that it is only getting tougher and tougher. The failed Amazon headquarters deal in Long Island City was one example, and the new rent regulations follow suit. These developments are occurring on top of the usual red tape that all businesses face as they are trying to grow.

Since it’s only been a short time since the law was passed, there’s no conclusion yet regarding the lasting effect it will have on landlords, their buildings and the real estate market as a whole. Only time will tell. In the meantime, I know many members of our industry are hoping to find a better way to communicate with New York’s state capital, and vice versa. Only with a stronger partnership between industry and community can we all expect to grow.