Affordable Housing: State of the Industry 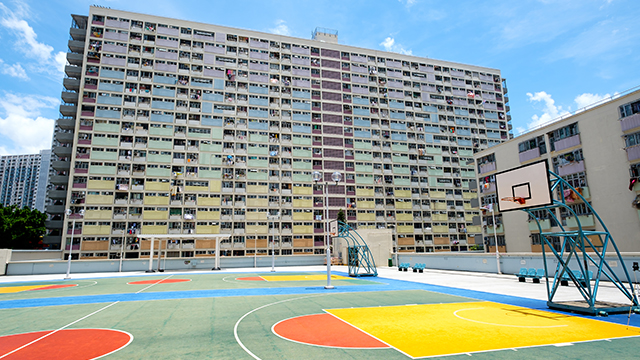 If you look beyond the daily barrage of political news headlines, you will hear the muffled but persistent cry for more af­fordable housing in the United States. Home ownership has been a key component of the American Dream since the end of World War II, when several factors effectively fueled a global economic expansion that lasted for almost three decades. After a recession in the early 1980s, federal legislation has not been able to completely solve the problem. Today, housing prices consistently increase from lack of supply, making it difficult for lower- and middle-income Americans to find affordable housing.

According to the U.S. Department of Housing and Urban Development (HUD), families who spend more than 30% of their annual income on housing are considered “cost-burdened.” The national median rent for a one-bedroom apartment in 2019 approximated $1,200. A 40-hour workweek at minimum wage almost covers this cost, with nothing left for food, transportation or medical care.

The LIHTC, commonly pronounced “lie-tech,” was introduced in the Tax Reform Act of 1986 and is found in Section 42 of the Internal Revenue Code. Today, it remains the primary federal incentive for investment in affordable housing and has resulted in the construc­tion or rehabilitation of over 100,000 affordable rental units per year since its inception. Its purpose is to encourage developers to create affordable housing in underserved communities by providing low-income families a safe and decent place to live, while reducing their monthly costs. The credits are administered and regulated as follows:

In June 2019, the Affordable Housing Credit Improve­ment Act of 2019 was introduced in the U.S. House of Representatives. The bill proposed the following:

While the bill had strong bipartisan support, it was omitted at the last minute from the 2020 spending package in December as Congress continued to iron out the details. The bill may resurface this year as the housing crisis continues and becomes a talking point in the 2020 presidential campaigns.

While the LITHC is complex, it remains the primary investment vehicle in the affordable housing industry. Having a professional guide you through the process is crucial in winning the credits and obtaining compli­ance. Housing Credit Certified Professionals (HCCP), a professional certification designated by the National Association of Homebuilders, are well versed in the federal regulations and compliance requirements of the LIHTC and can help you make the best decisions for your investment in affordable housing.

Gina Citrola, CPA, HCCP is a Partner in the Real Estate Group at Marks Paneth LLP. Since joining the firm in 2002, Ms. Citrola has provided audit services to a wide range of clients in the real estate and commercial business industries, including residential and commercial rental properties, condominiums and service-based corporations. Ms. Citrola’s broad experience also includes audit and tax work for nonprofits and professional service firms. Ms. Citrola specializes in the audit of... READ MORE +