Will IRC Section 181 Come Back To Life … Again? And Why Would It Matter? 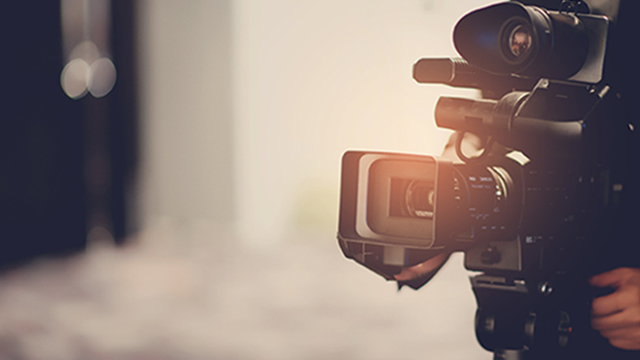 Enacted into law in 2004, a valuable tax incentive for the film and television industries provided a long-sought-after tax break which ultimately became known by its shorthand … Internal Revenue Code Section 181 (“Section 181”).

One and a half years ago, Section 181 lapsed for the last time – or so we thought – and was effectively replaced by bonus depreciation via a new section of the code, Section 168(k).

Section 168(k) permits the immediate deduction of costs for theater, film and television programs if they would have qualified under Section 181. Among the positives, bonus depreciation does this without the $15 million limitations previously imposed by Section 181. One downside is that the deduction only applies when the program, film or theatrical production is placed in service. For independent filmmakers, it can be years until release, so the industry asked Congress to consider reinstating Section 181 again! It is important to understand why this code section still has relevance and the reasoning behind why the film and television industries are hoping for its resurrection.

First, a Bit of History

As is typical with many tax breaks, Section 181 was passed with a sunset (or expiration) date and had to be renewed every few years in extender bills that Congress takes up annually.

Until recently, the bill was renewed at each expiration, and the Protecting Americans from Tax Hikes Act of 2015 even expanded it to include live theatrical productions. That expansion was long sought by the theater industry, but because live theatrical productions are quite different than film and television, the wording of the bill and regulations left key questions unanswered for theater producers.

At the end of 2016, the break for film, television, and theater ended abruptly when Congress did not renew Section 181.

The Tax Cuts and Jobs Act of 2017 sort of came to the rescue, allowing theater, film and television production companies a similar write-off using bonus depreciation. In part, because there were gaps between both timing and applicability of Section 181 and bonus depreciation, the Bipartisan Budget Reconciliation Act of 2018 was passed to resurrect Section 181 for 2017 only.

But there are significant differences between bonus depreciation and Section 181, and in the extender bill currently working through Washington, Section 181 may yet again be resurrected.

What Difference Does it Make?

Section 181 capped the deduction, generally at $15 million, and while the cap was considered generous, productions in the entertainment business are getting more and more expensive, so the caps were becoming more and more relevant. Advantage – bonus depreciation.

Bonus depreciation has no cap on the deduction, but the deduction is generally triggered in the year the production starts earning revenue, rather than as costs are incurred. That’s a significant advantage of Section 181 over bonus depreciation, but it was also a big source of confusion for production companies when the capital was raised over a several-year period. Operating agreements frequently didn’t deal with this, and it was a potential source of confusion, creating uncertainty for producers who didn’t amend their operating agreements to address this. So, a renewal of Section 181 doesn’t automatically benefit productions unless they also address how capital raise and expenditures are connected. Advantage – call it a draw.

Bonus depreciation isn’t without its own disadvantages. First is that bonus depreciation is a federal depreciation concept not always followed by states. Therefore, productions - and investors - could find themselves with very different income calculations between their federal and state or local tax returns. Advantage – Section 181.

Finally, bonus depreciation itself will sunset, though gradually over a period of years starting in 2023. That’s not to say that Section 181 will provide any more certainty or longevity, but with bonus depreciation, there’s a better chance the 100% deduction will renew because it affects virtually every industry which buys and depreciates tangible property. Advantage – bonus depreciation.

What Else Do I Need to Know?

It’s important to understand that production companies and their investors are entitled to the deduction for the costs of production, with or without Section 181 or bonus depreciation. The only thing either does is accelerate the timing of the deduction. That’s no small consideration, but the downside to accelerating the deduction is a potentially an enormous swing in profits from years before operations to the year after operations begin when there would be no deduction for those costs. So, is this something to worry about? You bet! But it’s critical that investors and their advisers understand how this works at the entity level so they can adequately plan their own tax position every year.

In addition, whether Section 181 is brought back to life … again … or not, a loss allocation that an investor or producer receives on their Schedule K-1 may not be immediately deductible, depending on individual circumstances. Investors and producers should consider both the material participation standards and the business loss limitation, keeping in mind that suspended losses may be carried over to a future year.

So … What Does All of This Mean?

Other than the potential for whipsaw in income, a renewal of Section 181 can only be looked at as a positive development for the entertainment industry because it gives production companies another alternative. At the moment, it appears producers of theater, film, and television may elect Section 181, bonus depreciation, or an amortization method of tax accounting. As with many options, there are tradeoffs to consider, and there is often no right answer. For example, one of our clients - the producer of a mega-production - decided against using bonus depreciation because their operating agreement contained problematic language and using bonus depreciation would have ramped that up from problematic to catastrophic.

As with any tax position, it’s important to have a good understanding of each available option. It’s hard enough to plan without knowing the direction our tax code may take in the future but planning without knowledge of potential consequences and alternatives could lead to disastrous results.

The Taxpayer Certainty and Disaster Tax Relief Act of 2019 was passed as part of the Further Consolidated Appropriations Act of 2020 and signed into law by President Trump. Commonly referred to as the “Extenders Bill,” it renewed IRC Section 181 through 2020 by amending IRC Section 181 Subsection (g), and also made the change retroactive for tax year 2018.  This gives producers some certainty through next year, but unfortunately, after that we’re back to only being able to utilize bonus depreciation… unless a future congress extends again!

Christopher A. Cacace, CPA, is Partner-in-Charge of the Theater, Media and Entertainment Group at Marks Paneth LLP and Partner-in-Charge of the firm’s Westchester office. He is also a member of the Marks Paneth Executive Committee, which sets policy and strategy for the firm. He has a deep expertise serving theater and entertainment clients and has done so for nearly 40 years. Mr. Cacace started his career in accounting at Pinto Winokur & Pagano CPASs theater practice,... READ MORE +