Biden Tax Proposals: What You Should Know 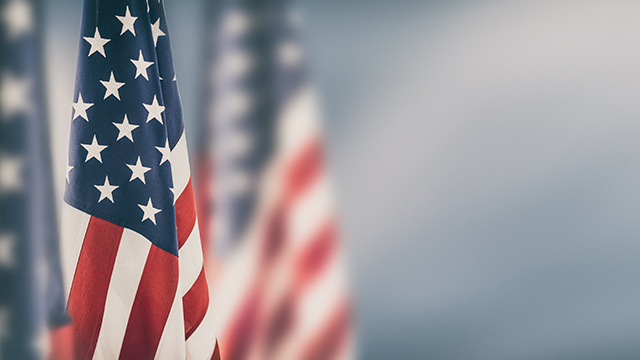 With Democrats now in control of Congress, it is increasingly likely that President Biden will be able to get at least some of his tax proposals passed. However, as the details of these proposals are still fluid, it is important to be mindful of the potential changes and to keep up with any new information.

President Biden’s proposals aim to increase tax rates and limit deductions for taxpayers with income above $400,000. It is uncertain whether the $400,000 amount applies to married taxpayers or single filers. For comparison, the 2021 top ordinary income tax rate of 37% takes effect at $628,300 for married couples filing jointly and $523,600 for single taxpayers. The proposed top rate for taxpayers above $400,000 would be restored to 39.6% as it was before the Tax Cuts and Jobs Act of 2017 (TCJA).

When the TCJA reduced the corporate tax rate to 21%, a qualified business income deduction of 20% was also introduced to effectively give a 7% tax cut to individuals with “qualified businesses.” The new proposals will now only allow the 20% deduction to taxpayers with less than $400,00 of income. In addition, Biden has proposed to create a “donut hole” in the social security tax wage base. Currently social security taxes of 6.2% are discontinued when a taxpayer’s wages reach $142,800 (2021). Biden’s plan would reimpose the tax once a taxpayer’s income reaches $400,000. This also applies to self-employment tax where a self-employed taxpayer is responsible for paying 12.4%, which is the employee and employer portion of the tax.

Biden has proposed changes to Opportunity Zone investments by adding oversight to ensure the investment benefits the community. He has also proposed changes to favorable aspects of Section 1031 exchanges, which currently allow a taxpayer to defer gain on a sale of real estate investment property as long as the taxpayer purchases a similar property within six months. The President may also limit the use of real estate losses against other taxable income.

President Biden has made proposals to change the current gift and estate tax laws, including significantly decreasing the current $11.7 million lifetime exemption. In addition, the top estate tax rate could increase to 45% from 40%.  There is currently no way of knowing if the changes will be retroactive.

Another possibility is the elimination of the step-up in basis of inherited assets. Many taxpayers leave low basis assets in their estate so their heirs can receive a step-up in basis to fair market value upon their death. With the elimination of this step-up, double tax could be assessed on inherited property absent a mechanism to correct for it. In addition, valuation discounts for closely held businesses and family limited partnerships would likely be restricted.

With all the changes to tax rates, lifetime exemptions, valuations and the step-up in basis, it will be important to re-address trust and estate planning to make sure current plans still make sense.

President Biden plans to increase the 21% corporate tax rate to 28% as well as introduce a new 15% minimum tax on book income for companies that report over $100 million of book profits. This will target companies such as Amazon that have had years with no income tax liability but will also affect smaller companies.

Biden has proposed a 10% offshoring surtax for products sold back to the U.S. as well as a 10% “Made in America” credit for activities that restore facilities in the U.S. The President also wants to raise the minimum Global Intangible Low Tax Income (GILTI) tax to 21% (possibly by eliminating the 50% deduction currently allowed in the calculation). He also plans to eliminate the 10% deduction allowed for qualified business asset investment and would calculate the tax on a country-by-country basis, eliminating the ability to offset income with losses.

While the Biden tax proposals do not directly address nonprofits, the consequences of some of the proposals will affect them.

First, ending the limitation on itemized deductions for state and local taxes would result in more individuals itemizing their deductions, creating an incentive for them to donate to charities because, unlike under TCJA, they would be getting a greater tax benefit.  Once individuals itemize their deductions, the incremental charitable giving does produce tax savings.  The proposed increase in the tax rate to 39.6% on individuals earning more than $400,000 would mean that charitable gifts would be more tax efficient because the amount of the gift would lower the income tax paid at the higher rate.

Another change that could impact charitable giving is increasing the long-term capital gain tax rate as discussed above.  A higher capital gain tax rate could be an incentive for individuals to donate appreciated investment assets, such as stock, to public charities.  The donor can claim a tax deduction for the fair market value of the asset and avoid paying taxes on the appreciation of the assets.  That would be a win for both parties in the transaction.

Nonprofits themselves would be affected by the proposed change in the corporate tax rate from 21% to 28%.  This change would affect nonprofits with Unrelated Business Taxable Income whether generated from actual trade or business activities or investing activities.  Since there are no proposals addressing the TCJA-enacted 512(a)(6) “SILO” tax code section, this increase would have a direct impact on those activities generating income.  The net effect would be less post-tax income available for the nonprofit’s charitable mission.

It is a waiting game to see when these potential tax changes will take effect and what changes will make it through Congress. Some of these proposals may be enacted in the near future while others may be delayed until more pressing issues can be tackled. It is important now to understand the potential changes and to use this information as a planning opportunity. Accelerating income to take advantage of lower rates now, speaking to your advisors to restructure your estate plan, and considering your business structure going forward are critical to navigating these changes.

Please contact Mark Baran, Principal at Marks Paneth, if you have any questions about this article. Contributing to this article were Russell Ephraim, Partner in Marks Paneth’s Private Client Services Group, and Magdalena Czerniawski, Partner in the firm’s Nonprofit, Government & Healthcare Group.