Has The NYC Real Estate Market Headed to The 'Burbs? 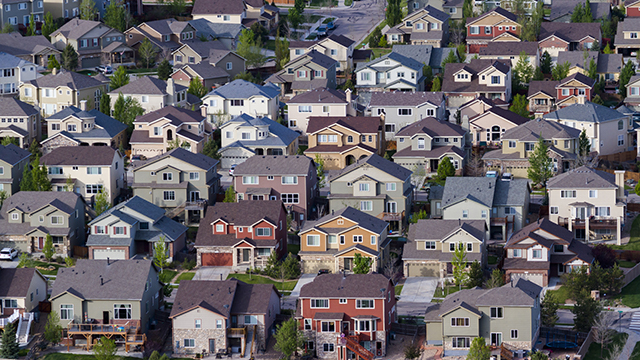 In March of 2020, when COVID-19 was surging in New York City, a trend began: individuals and businesses fleeing the city for the perceived safety of the suburbs, where there was more space, fewer cases of the virus and no public transportation to worry about. As the impact of the pandemic continues to develop, many have not returned. Workers who were deployed remotely during the shutdown have expressed concerns about going back to the bustling downtown offices that were, until very recently, a great source of pride for companies. What does this all mean for the long-term health of New York City real estate? Some may say that New York City is dead—but even as the market absorbs the impact of COVID-19, the deals and data tell a story that speaks to the city’s resilient nature.

Families Grappling with the Need for Space and Safety

The shift in the residential real estate market has been dramatic, and understandably so. Families who have been cooped up in their small city apartments trying to find space for both work and school have been tested and are realizing that the suburbs offer more spacious, affordable homes. Recent polls have shown that nearly a third of Americans are considering moving out of high rise, densely populated urban buildings and into less densely populated suburban homes. Many are looking to rent or buy properties where the outdoor living is vast, the square footage is greater and where the convenience to essentials like groceries is still available. Safety is a huge factor—as the pandemic continues, those who are fleeing the city are looking to get away from things like the bottlenecking at public elevators, sharing of laundry areas and common amenities, and the general crowding that accompanies any NYC location. Housing prices and demand are rising in areas like Long Island, Westchester and New Jersey—but for those still looking to rent or buy property in the city, sweeter deals on rent or asking price are beginning to abound.

The Uncertain Future of the Office As We Know It

A large majority of office workers—nearly all who could—were transitioned to remote work in March. The long-term effects of this are still being felt, as many of these workers, especially in large companies such as Google and Amazon, have been granted permission to work from home well into 2021. While cities have long been a draw to buyers and tenants looking to invest in or lease commercial office space, the pandemic has made employees uncomfortable with commuting on crowded trains and subways, dealing with large crowds to enter and exit buildings, and more of the usual bustle that once made the city so appealing. This has created instability in the commercial real estate market and halted what was explosive growth. According to research by Colliers International, 2019 was one of the strongest years in the NYC office leasing market in nearly two decades—with an estimated 42.97 million square feet of leasing volume. Enter 2020—where office real estate leasing fell by 50% in the first three months, no doubt spurred by the onset of the virus and rising fears towards the end of the first quarter. Leasing dropped from 3.5 million total square feet in January to a little over 1 million square feet in March.1

Companies may start looking to potentially reduce their city office space, expand their satellite offices in the suburbs and offer offices closer to employees’ (new) homes. Some offices have started to reopen and bring their employees back to the office, but most are working at a reduced capacity. Employers are adapting to a more hybrid work arrangement—the “hub and spoke model” whereby employers allow for both remote and in-person work. As a result, right now, there is more demand for flexible or shared office spaces, and tenants are seeking flexibility built into the traditional leases. Moving to the suburbs could save on high rental costs for commercial leases, and suburban offices offer several things that are desirable under the current pandemic social distancing guidelines: they are typically less dense, allowing for more green areas and room for people to spread out, and employees can drive their cars to work rather than taking mass transit and public transportation. Some large industries such as hospitals, private medical groups and banks, all of which are essential, have begun looking at leasing vacant space available in the suburbs.

But Do the Deals Tell a Different Story?

Even with all the above being said, New York City real estate is still an attractive investment, and the numbers prove it. Several large real estate transactions continued to close during the pandemic. Queens was the busiest Borough for retail sales during the lockdown, recording an increase in the total retail sales volume during the first three months of lockdown. Even though the number of retail deals closed in 2020 was lower than in 2019, the dollar volume went up 49%, with approximately $83 million from March through May 2020, which included the $24 million sale of 72-11 Roosevelt Avenue in the Jackson Heights part of Queens and $19.6 million sale of 83-14 Cooper Avenue. Manhattan had the third-largest retail sale at $15.3 million.2 Two notable large office building transactions occurred for more than $100 million, all during the lockdown. The largest sales to close were 530-536 Broadway for $382 million and 44 Wall Street for $200 million.3 In addition, the city is continuing to see lease renewals, even in hard-hit industries—including two Rockefeller Center restaurants.4

Anyone who has spent time, let alone their career, focusing on New York City real estate knows how unique, complex and exciting it can be. The city has always been home to large and prosperous industries such as financial services, technology, entertainment and many more. It is a place where people can build networks and collaborate. Today, there are people and businesses who may leave the city seeking what they perceive as the safety of the suburbs. But as history show us, after every crisis—from the Spanish flu, to the terrorist attacks of 9/11 to the financial crisis of 2008—New York City has recovered and reemerged stronger than ever.

Deana L. Wetzel, CPA, is a Partner in the Real Estate Group at Marks Paneth LLP. Ms. Wetzel specializes in audit and consulting engagements for both commercial and residential real estate clients as well as co-ops and condominiums and is involved with several high-profile real estate clients. In addition to advising her clients on all facets of accounting and tax issues, she assists with many different types of real estate transactions, including acquisitions, dispositions and... READ MORE +