Remote Workers May Owe New York Income Tax, Even If They Haven’t Set Foot in the State 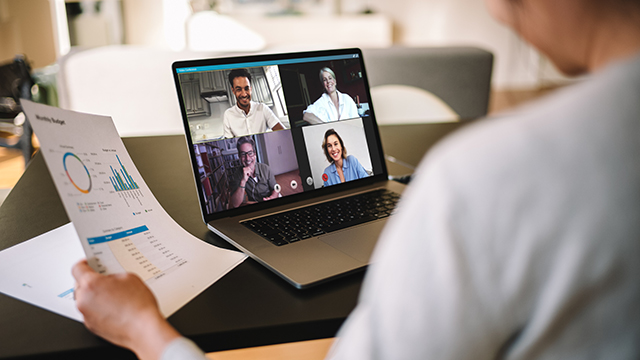 The onset of the COVID-19 pandemic in March 2020, coupled with the rise in New York individual income tax rates that became effective in April 2021, spurred many individuals to move out of New York and change their tax domicile to a low- or no-tax state such as Florida. Even if these individuals have taken the proper steps to effectively change their domicile from New York to the state of their choosing, they may be surprised to learn they could still owe New York taxes on their wages if they are working remotely for a New York-based company. Why? New York’s longstanding “convenience of the employer” rule.

Convenience of the Employer Rule

Many people may not realize that you do not need to live in New York or be physically present there to be subject to New York income tax on your wage income. Under the New York “convenience of the employer” rule, the wages of an individual who is a resident of a state other than New York but who works for a New York-based employer, are considered to constitute New York source income unless, out of necessity, the employee is obligated to work outside of the state.

For example, John, who effectively changed his domicile to New Jersey in 2020, is working remotely from his home in New Jersey. John’s employer is a software company based in New York City. Because of the COVID-19 pandemic, John has not crossed the Hudson River and set foot in New York at all. However, due to the New York convenience of the employer rule, unless it can be shown that John must work from home out of necessity, every day spent working from his home in New Jersey will be counted as New York working days, and John will be taxed by New York on all his wage income.

Based on guidance on its website, the New York Department of Taxation and Finance (“Department”) recently reiterated that it will enforce the New York convenience of the employer rule even during portions of the pandemic when employees were legally prohibited from traveling to New York. The Department stated, “if you are a nonresident whose primary office is in New York State, your days telecommuting during the pandemic are considered days worked in the state unless your employer has established a bona fide employer office at your telecommuting location.”

New York provides an exception from the convenience of the employer rule in limited circumstances. To qualify for this exception, a taxpayer must establish that their home office constitutes a “bona fide employer office.” A bona fide employer office is, in essence, an official place of business of the employer, outside of New York State. If this status is established, days spent working at home outside of New York will not count as New York-based days and, therefore, will not be taxed by New York.

New York has issued guidance that provides certain factors that are considered in determining whether a taxpayer’s home office meets the bona fide employer office exception requirement. The factors are divided into three categories: Primary, Secondary or Other factors.

Otherwise, if at least four of six Secondary factors are met, along with at least three out of the 10 Other factors, the office will be considered bona fide.

Some of those secondary and other factors include:

As you might imagine, it is not especially easy to meet a sufficient number of the required factors, although with careful planning and cooperation by the employer, it may be possible.

New York has traditionally been aggressive in auditing high-net-worth individuals’ returns to determine whether they are paying the proper amount of income tax to New York. The Department has recently issued thousands of notices to individuals who have moved out of New York and/or allocated less income to New York in 2020 than in prior years. The state aims to recover revenue lost by individuals moving out of New York and by the decline in New York’s economic activity due to the COVID-19 pandemic.

Most of these notices were issued in the form of a desk audit, which is automatically generated when the Department’s system notes a discrepancy in a tax return from a prior year filing. Those who receive such notices should not ignore them; doing so can result in having to pay additional taxes that would then require an attempt to recover those taxes by filing refund claims.

If you would like more information regarding the exception to the New York “convenience of the employer” rule, or if you have received a desk audit notice or questionnaire from the Department regarding your allocation of income to New York and you need guidance, please contact Jennifer Prendamano, Director, Tax Advisory Services at jprendamano@markspaneth.com or Jay Brower, Leader, State and Local Tax at jbrower@markspaneth.com.