The American Families Plan: Tax Impacts the Real Estate Industry Should Look Out For 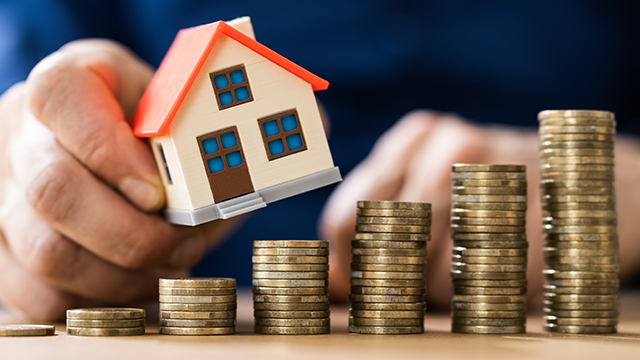 When President Joe Biden’s administration announced the American Families Plan (AFP) in April, it was clear that if the plan became law, the real estate industry would be significantly impacted.

The AFP proposes funding for education and child care, as well as the extension of certain tax credits for lower- and middle-income individuals and families. These initiatives would be funded through increased taxes and other significant tax law changes. Although it is impossible to know for certain what provisions may actually become law, we will briefly touch on four significant provisions that could impact the real estate industry the most:

The AFP proposes to increase the top federal income tax rate on long-term capital gains from the sales of real estate and all other investments from its current rate of 20% (plus 3.8% Medicare tax) to 39.6% (plus 3.8% Medicare tax) for households with income greater than $1 million per year. While the proposal would similarly increase the tax rate applicable to qualified dividend income, nothing is currently included in the proposal that would eliminate the 20% Section 199A deduction applicable to REIT dividends.

Will this tax increase destroy real estate? Of course not, but it may discourage or delay property owners and operators from selling. Property owners might opt to refinance their existing property for their next acquisitions instead, which will decrease the supply of buildings available to buy, potentially driving up prices.

Section 1031 like-kind exchange treatment has been a valuable tool for allowing real estate investors to roll the proceeds of real estate sales into purchases of other real estate without immediately paying capital gains tax on the profits. In theory, this deferral process can continue indefinitely, by the investor either continuing to hold the property or engaging in one or more subsequent like-kind exchanges, until the investor’s death. At that time, the heir’s tax basis in the real property can (under current law) be stepped up to fair market value without triggering any income tax.

The AFP proposes to eliminate tax-deferred Section 1031 like-kind exchange treatment for capital gains greater than $500,000 ($1 million for married individuals filing a joint return). Above that number, you would have to pay the 39.6% capital gains tax (plus 3.8% Medicare tax).

However, the Senate recently passed their version of the AFP, which did not include any provisions to eliminate or limit like-kind 1031 exchanges on Real Property.  Additionally, as the Senate went through 14 hours of amendment votes in advance of the proposed, larger bill, a proposed amendment to maintain the current law’s tax treatment of like-kind exchanges was included and passed unanimously. While the amendment itself is not binding and will have no direct bearing on the yet-to-be-written final bill, it hopefully will give some direction about the current appetite in Congress to alter like-kind exchanges. While this is encouraging news, it is far from final.

Current law provides that, when a person who holds appreciated real estate or other appreciated assets dies, heirs are permitted to step up the tax basis of the assets to the fair market value at the time of death. The AFP proposes to end this practice of stepping up the basis for taxpayers whose gains are more than $1 million ($2.5 million per couple when combined with existing real estate exemptions [e.g., the primary residence exemption]) and making sure the gains are taxed if the property is not donated to charity.

What is still unclear is whether this means the step-up in basis for such gains would be eliminated or, instead, that such gains would be taxed upon death. Under the proposal contained in the AFP, there would be protections for heirs of family-owned businesses and farms who would not have to pay taxes on the appreciation at death provided they continue to operate the business. However, real estate investment is not considered a family business.

The AFP would make permanent the current rule disallowing excess business losses of non-corporate taxpayers. This rule was enacted as part of the 2017 Tax Cuts and Jobs Act and generally disallows certain business losses (including losses allocated from real estate and other partnerships) in excess of specified thresholds. The provision is currently set to expire at the end of 2025, but the AFP is proposing to make it permanent.

We will continue to monitor developments and will provide further updates as more details are released. In the meantime, if you would like more information please contact your Marks Paneth advisor.