The End of the LIBOR Era 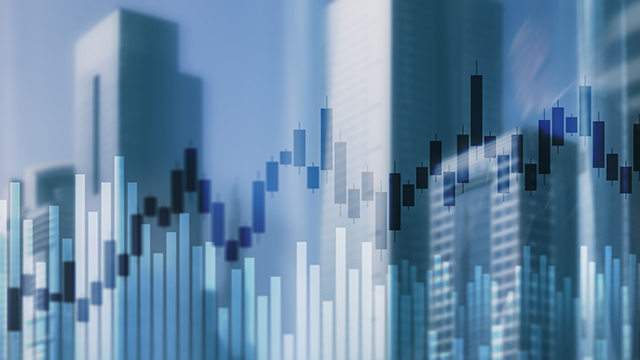 The London Interbank Offered Rate (LIBOR), which dates back to 1986, was established by the British Bankers’ Association as a standardized benchmark for pricing of floating-rate corporate loans. It was created to reflect “reality” in borrowing and aimed to portray an average of what financial institutions believed they would have to pay to borrow a “reasonable” sum of money for a specified short period. Upon its inception, LIBOR quickly came to be viewed as one of the most important benchmarks in the world for interest rates and became a key component of global financial markets. Consequently, LIBOR is a commonly used benchmark for borrowing and lending in the real estate industry. Specifically, LIBOR is frequently used in many real estate contracts affecting acquisition and disposition transactions and day-to-day management of real estate assets including, but not limited to, borrowings secured by real estate assets, joint venture structuring, lease contracts, intercompany funding contracts, credit facilities and pension plan assets.

In July of 2017, with the goal of creating a more reliable benchmark, the UK Financial Conduct Authority announced it would no longer compel panel banks to submit LIBOR quotes after 2021. Given the potential exposure, as well as the wide range of real estate investors, real estate professionals and managers affected by the LIBOR reform, taking prompt action will be critical to the health of your investments and can present potential advantageous opportunities. The following steps can aid in this important transition.

In the U.S., the LIBOR rate will be replaced by the Secured Overnight Financing Rate (SOFR), which was created by the Federal Reserve Board and the Federal Reserve Bank of New York’s Alternative Reference Rates Committee (ARRC) in 2014. SOFR, which began publication on April 3, 2019, is a measure of the cost of borrowing cash overnight collateralized by U.S. Treasury repurchase agreements. Understanding the key differences in LIBOR and SOFR is key as you create and execute your LIBOR transition plan. Major differences are outlined as follows:

Step 2: Get Familiar With the Timing of the Transition

All parties who will be affected by the end of the LIBOR rate should be aware of the following important dates during the LIBOR transition:

Creating a transition plan is critical to successfully navigating through the LIBOR transition period. Consider the following during this important period.

Within the real estate industry, the phasing out of LIBOR will have the biggest impact on the economic substance of existing loans. First and foremost, you should identify LIBOR references in your contracts to assess the relevant impact and begin discussions with lenders. Take inventory of the loans and derivatives in your portfolio that will still be outstanding between December 31, 2021 and June 30, 2023. Determine if existing fallback language may allow your lender to covert the loan prior to any LIBOR cessation date, and if so, understand the potential impact. Executory contracts (e.g. leases) and any newly executed contracts that extend beyond 2021 (or have the option to extend past 2021) should be reviewed. The LIBOR transition should be considered when entering into these types of contracts so as to avoid additional costs that will be required to renegotiate contracts at a later date.

Second, consider the need for operational and transactional changes. Upon reviewing your existing contracts, be sure to amend your LIBOR-based contracts with lenders to avoid potential disruption. Additionally, consideration to existing valuation models, accounting and tax configuration, and data sourcing may need to be changed so that valuations, transfer pricing and accounting and tax records are accurate going forward.

Third, consult with trusted accounting and tax advisors. The Financial Accounting Standards Board (FASB) and the Internal Revenue Service (IRS) have issued relief guidelines in anticipation of the LIBOR transition. Understanding the accounting and tax implications of potential modifications of existing contracts as a result of the LIBOR transition while building such modifications into your transition plan can be useful when renegotiating terms of contracts that are considered to be extinguished. This ultimately ensures an avoidance of immediate impacts to your organization’s profit and loss.

In order to provide for a seamless transition, real estate professionals should plan ahead for the end of the LIBOR era. It is imperative to gain a comprehensive understanding how your organization and your investments will be affected by the LIBOR transition as well as the timing of the transition. After that, knowledge of SOFR (the LIBOR replacement) will be crucial when you are addressing new and existing agreements. Having an experienced team or advisor help you navigate these complex changes can ease the burden and allow you to continue to focus on growing your investments.