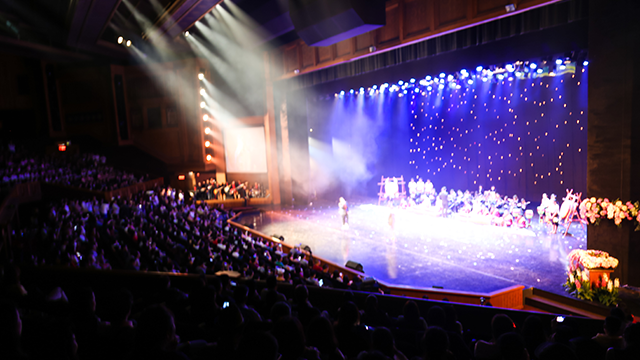 After more than 18 months of venue closures because of the COVID-19 pandemic, the theater industry has reopened, but in fits and starts. Marks Paneth has been working with our theater clients on several key tax issues as we look to the future, as well as some updates theater producers, managers and investors need to know.

Keep in mind that the federal, New York State and New York City governments differ in what they may consider taxable income; some of the factors below may be taxable by at least one of those taxing entities, and possibly by other states.

Two notable sections of this 2020 act were helpful for the theater industry: the Paycheck Protection Program (PPP) and the Employee Retention Credit (ERC).

Many shows and industry professionals applied for and received a loan, which has the potential to be converted to a non-taxable grant. Qualification for the loan and then forgiveness were tied to employment levels and generally 60% of the funds were required to be used for payroll costs with the remaining 40% used for other qualifying expenditures.

The regulations for PPP qualification and forgiveness were in the form of Q&As and were issued, amended and updated over a period of months. Reversals to previous guidance were also frustratingly common.

Adding to the confusion of all the updates was an IRS position on the expenditures and the state treatment of forgiven loans.

Three things you need to know about the CARES Act

Congress reversed an earlier IRS interpretation by stipulating that the expenditures qualifying for forgiveness were fully deductible. Why is that important? Shows that could make use of a PPP loan and planned to open and deduct all their production costs in 2021 now can do so (more later). New York and many states will conform to the federal treatment, but states that impose an income tax continue to vary their positions as to whether the grant itself is taxable and whether the expenditures are deductible. This will come into play on your 2021 tax returns.

Another provision of the CARES Act was the Employee Retention Credit (ERC). Many shows and industry professionals applied for this tax credit. The trick is maximizing PPP forgiveness and ERC because each dollar of payroll may only be used for one or the other program. This is a complicated balancing act, and engaging with a tax professional is paramount to ensure that you receive all the tax benefits you are due.

The ERC is available for 2021 (only through the third quarter), but it’s also retroactively available for the third and fourth quarters of 2020. In the case of claiming for 2020 but receiving it in 2021, some questioned what year it gets picked up. That’s not straightforward. Generally, a credit based on salaries must be reflected by reducing salaries in the year salaries are paid, and the IRS confirmed that. So companies that filed their 2020 entity level tax returns would be required to file superseding or amended tax returns to reflect the reduced 2020 payroll cost. Partnerships with 100 or fewer partners that elected out of the centralized partnership audit rules may file for an Administrative Adjustment Request to avoid amending, but states don’t necessarily follow that procedure, and a state amended return may be required even if a federal one is not.

A key feature of this law enacted in early 2021 was the Shuttered Venue Operator Grants (SVOG). The qualification threshold for this grant was tied to lost revenue, so there was no conflict between the SVOG and the earlier PPP and ERC programs.

There are other hurdles, such as complex affiliate rules, and the applications must be accompanied by a significant amount of documentation. Companies that receive grants may get them all at once or in installments, but in either case companies must demonstrate that funds have been used in accordance with their applications.

Something Few Focused on About SVOG

A subsequent rule change instituted an audit or a Single Audit requirement for companies that expend a combined level of certain funding over a threshold of $750,000. The Small Business Administration (SBA) may reclaim funds not spent in accordance with the rules, so care needs to be taken in documenting how expenditures are made. Entities that already have their financial statements audited may be able to use those as support for the grant. There are instances when an audited statement doesn’t work for this purpose, and there certainly are businesses that don’t have their financial statements audited. They should consider a Single Audit.

Little noticed in the flurry of legislative activity affecting the theater industry was the renewal of Internal Revenue Code Section 181, which allows for qualified production costs to be expensed immediately rather than over the lifetime of a production. Also still available is bonus depreciation (Code Section 168), which allows for deducting a large percentage of a purchase price of a qualified asset off the top, rather than over the course of its lifetime.

What you need to know about Section 181 and Section 168

Whether or not to take advantage of immediate production cost expenses or bonus depreciation has never been an easy decision for producers given that the material participation rules, changes in tax rates and potential for wild swings in income – possibly affecting state tax reporting for tours – all need to be considered. The new Pass-Through Entity Tax (see below) also adds a new wrinkle.

Uppermost on everyone’s mind at the moment is the New York City Musical and Theatrical Production Tax Credit Program. This will effectively reduce up to 25% of eligible production costs. We first wrote about this shortly after Governor Cuomo signed the 2021-2022 budget, and recently released regulations giving more detail about the application process and timing.

The credit caps out at $3 million for productions that had first performances in the first year in which applications are accepted. For productions with first performances during the second year in which applications are accepted, the cap decreases to $1.5 million unless the New York City tourism economy has not sufficiently recovered.

What you need to know about the New York credit program

Once approved, theatrical productions organized as an LLC or LP will receive a Certificate of Tax Credit, and the credit is then passed through to the members or partners since neither an LLC nor LP are taxable entities, so no mechanism exists to credit them directly. Just as with the Empire Credit, it’s important to note that the new credit cannot reduce capitalization funding.

Another important item in the 2021-2022 New York Budget Act is the Pass-Through Entity Tax (PTET). This tax in particular is one that with potential to save you money.

Much has been written about this by my partners, but because the combination of limited applicability for 2021 due to Covid-related income reductions, the possibility of a SALT cap change, and the election deadline for 2022 tax returns not being until March 15, 2022, this will be a limited overview.

What you need to know about PTET

The PTET is a response to the $10,000 limit for deducting state and local tax (“SALT”) by individuals on federal tax returns. Most theater production entities may not be able to take advantage of this for a variety of reasons, including limitations due to language in operating agreements. Others may not want to fund the required cashflow, especially in the first and second quarters. But some productions may, and so may some of our theater professionals.

We will continue to monitor any updates to this topic. Contact Christopher A. Cacace, CPA, Partner-in-Charge of the Theater, Media and Entertainment Group, or your Marks Paneth tax advisor for a discussion of these and other tax benefits available to your theater or production.

Christopher A. Cacace, CPA, is Partner-in-Charge of the Theater, Media and Entertainment Group at Marks Paneth LLP and Partner-in-Charge of the firm’s Westchester office. He is also a member of the Marks Paneth Executive Committee, which sets policy and strategy for the firm. He has a deep expertise serving theater and entertainment clients and has done so for nearly 40 years. Mr. Cacace started his career in accounting at Pinto Winokur & Pagano CPASs theater practice,... READ MORE +