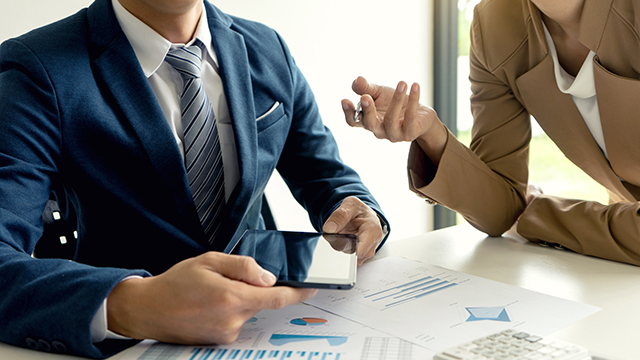 Earlier this year the IRS issued final regulations relating to tax on excess tax-exempt organization executive compensation. They relate to IRC section 4960, which imposes an excise tax on remuneration in excess of $1,000,000, and any excess parachute payments paid by an applicable tax-exempt organization (ATEO) to any covered employee. These regulations affect organizations referred to as ATEOs as well as their related counterparts. We previously discussed Section 4960 when it was first enacted by the Tax Cut and Jobs Act of 2017. The IRS then issued Notice 2019-09, which provided temporary guidance for organizations paying excess renumeration. In June of 2020, the IRS issued proposed regulations on section 4960 as well. At last, final regulations were issued earlier this year.

Section 4960(a) generally provides that an ATEO that pays to a covered employee remuneration in excess of $1,000,000 for a taxable year, or any excess parachute payment, is subject to excise tax on the amount of the excess renumeration plus excess parachute payments paid during that taxable year at a rate of 21%. This is effective for years beginning after December 31, 2017.

The Treasury Department and the IRS received comments to the Notices and proposed regulations that they had published. All relevant comments are addresses in the 176-page final regulations, which retain the basic concept of previous guidance with some revisions. The final regulations provide rules in establishing what is to be considered remuneration, when it is paid and how to identify covered employees as well as parachute payments. The final regulations also go into details regarding determining taxable year and the splitting of liability between organizations paying the remuneration.

Few changes were made to the definitions included in the regulations, but it’s important to revisit them now that final regulations have been released.

An ATEO is defined as any organization that is exempt from taxation under section 501(a) and certain other tax-exempt organizations. There were no changes to this from prior guidance.

A covered employee is any employee, including former employees, of an ATEO if they are one of the five highest compensated employees of the organization for any taxable year or prior taxable years after December 31, 2016.

Under IRC 4960(c)(4)(A), remuneration paid to a covered employee by an ATEO includes any compensation paid with respect to such employment by any related person or governmental entity. Related person or entities include organizations that the ATEO controls, is controlled by, or is a supporting organization of, as described in 509(f)(3) and 509(a)(3).

A parachute payment is any payment in nature of compensation to a covered employee if the payment is contingent on the employee’s separation from employment with the employer and the aggregate present value of such payment exceeds three times the base amount.

A Detailed Look at the Final Regulations on Excess Compensation

The excise tax imposed by IRC 4960 applies to compensation paid “for taxable year.” The regulations explain that the applicable year is defined as the calendar year ending with or within an ATEO’s taxable year. This is similar to the requirement of compensation reporting on Form 990 Return of Organization Exempt from Income Tax Part VII - Compensation of Officers, Directors, Trustees, Key Employees, Highest Compensated Employees, and Independent Contractors.

An important aspect of these regulations is determining who the employee is. Accordingly, the final regulations kept the concept of employee for purposes of federal income tax withholding in section 3401(c), and also cross-reference to the definition 31.3401(c)-1 that includes common-law employees, officers or elected or appointed officials of government and certain officers of corporations. The regulations also were restated to clarify that a member of a board of directors of a corporation is not an employee and that an officer is an employee of an organization if he/she performs services and is entitled to compensation for such services.

Another important aspect is the definition of an employer, especially when there are multiple entities involved. The definition is similar to that of the employee in that it references back to federal income tax withholding rules. The rules do state that employer cannot avoid the tax under 4960 merely by using a third-party payor or common paymaster for payroll purposes.

The final regulations go through comments and analysis as it relates to determining the five highest covered employees. In the nonprofit world, the issue arises where wages are allocated between various related entities. After going through various concepts, the Treasury and the IRS concluded that using remuneration paid by all related organizations is appropriate and easier to administer and compute the relevant excise tax. There is, however, an exclusion which is consistent with proposed regulations and refers to remuneration for medical services. For purposes of computing remuneration paid during the applicable year, compensation paid for medical or veterinary services is excluded from the calculation. However, if a person provides both officer type services and medical services, reasonable allocation has to be made to determine amounts that could potentially be subject to this tax.

It is important to note that remuneration includes not only wages, but also amounts that are required to be included in gross income under non-qualified retirement plans described in section 457(f). However, the remuneration does exclude Roth contributions under 402A(c) and certain other retirement benefits. This is important, particularly for organizations that don’t normally pay their covered employees in excess of $1 million, but have distributions from a 457(f) retirement plan that could put them over the threshold. Therefore, it is important to not only monitor the 457(f) retirement plan provision that the organization has adopted, but also to be mindful of the vesting of new ones, and to consider the additional 21% tax that could possibly be imposed.

The final regulations also define the “base amount” as includable compensation paid over a “based period,” which is defined as the five most recent years prior to the separation date. Therefore, the base amount is the average amount of compensation paid in the prior five years. The actual excess parachute payment is computed as present value of the actual payment that exceeds three times the base amount.

The above is just a summary of the final regulations, and greater detail is included in the 176-page document. In situations where the tax applies, after determining that the ATEO has paid compensation over $1 million, or the excess parachute payment is triggered, the calculation of tax is done by applying the 21% rate to those amounts. Both of these taxes require reporting on Form 4720 Return of Certain Excise Taxes Under Chapters 41 and 42 of the Internal Revenue Code, and payment of the actual tax with it. They also require disclosure on Form 990, Part V, questions 16 and 16.

The final regulations include many examples related to each of the scenarios described above and could provide helpful guidance on facts and circumstances for your organization. Consult with your tax advisor with specific questions related to your tax-exempt organization.