What Can Nonprofits Expect Under the Biden Administration? 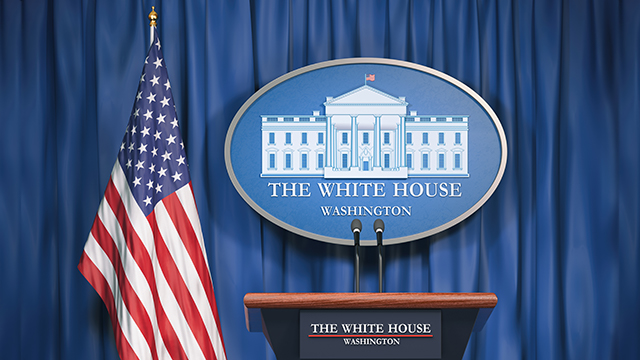 2020 was a year of massive volatility for the nonprofit community. Like the rest of the economy, nonprofit organizations have had to navigate the COVID-19 pandemic, an ever-changing economy, social change and political uncertainties. While the deployment of vaccines in 2021 represents hope for easing our health crisis, many challenges will persist.

As scenario planning remains critical in these times of uncertainty, we want to highlight key Biden Administration plans and their potential impact on the nonprofit community.

Aid for State and Local Governments

According to a 2019 study by the National Council of Nonprofits, almost one-third of nonprofit revenue nationwide comes from government grants and contracts. This represents almost three times the amount contributed from the private sector. As the study shows, and as many nonprofit leaders know from experience, cuts to government funding cannot simply be replaced with other sources.

The impact of the pandemic on government budgets has already driven changes that have hurt nonprofits. New York State began deferring payments in the summer and has warned that they may need to convert some payment deferrals into funding cuts if they don’t receive enough federal aid. After months of preparation and implementation, New York City cut back on an initiative from the Mayor’s Office of Contract Services that was designed to increase the amount of indirect costs that could be funded with city contracts. While tax receipts have reportedly improved at the end of 2020, large deficits are still projected, putting pressure on government agencies, and by extension, the nonprofit organizations that they fund.

Through the late summer and fall, one of the sticking points in congressional negotiations for a COVID-19 relief bill was whether to include federal aid for state and local governments. In March 2020, the CARES Act provided $150 billion of such aid, and Democrats pushed for additional funding in follow-up legislation. The funding was eventually dropped in the negotiations over December’s relief bill with the expectation that the issue would be revived in 2021.

President Biden’s $1.9 trillion stimulus plan includes $350 billion in emergency funding for state and local governments, which is more than double the amount that Congress had been fighting over last year. Passing such an amount through Congress would have seemed doubtful last year, but with control of the Senate moving to the Democrats, this funding appears increasingly likely to pass and will be one of the main provisions to watch for in early 2021.

The Tax Cuts and Jobs Act of 2017 limited itemized deductions for state and local taxes and changed the standard deduction amounts, which led to many fewer taxpayers itemizing deductions on personal returns (and therefore being unable to deduct charitable contributions). President Biden’s plan eliminates the cap on state and local tax deductions but would also limit the benefit of itemized deductions to 28 percent of the total, which may act as a disincentive to contributions from taxpayers with higher tax rates.

Even were the plan to pass as written, the net impact of these changes is unclear given the offsetting nature of these provisions. While the sector as a whole may benefit from more taxpayers being able to once again deduct charitable gifts, individual organizations may face different pressures depending on their donor base.

The Consolidated Appropriations Act of 2021, passed in December, contained changes to COVID-19 relief programs that are available to nonprofits, including changes to the Paycheck Protection Program and provisions for second-draw loans from the program, expansion of the Employee Retention Tax Credit, and the Shuttered Venue Operators Grant. More information on these programs can be found here.

Many of these programs and their features had limited benefits to larger nonprofits when they were first enacted. In most cases, that has not changed despite industry advocates lobbying for expanded eligibility. While there continues to be some discussion from lawmakers about further expanding eligibility for nonprofits, given that changes to these programs were just passed into law, any expansion remains uncertain.

The Federal Reserve’s Main Street Lending Program, which was available to larger nonprofits, closed on January 8, 2021. Due to restrictive eligibility requirements and relatively unfavorable terms, this loan program was not widely used.

While COVID recovery will be the first priority over the next year, for most organizations with an interest in public policy, the most significant impact of the new administration will be in changes related to their mission. Organizations working in areas ranging from civil rights, the environment, immigration and more will all be encouraged by expected changes and will be looking forward to four years of advancement.

Matthew Estersohn, CPA, is a Partner in the Nonprofit, Government & Healthcare Group at Marks Paneth with nearly 15 years of experience in providing accounting, auditing, tax and consulting services for the nonprofit industry. He has planned, coordinated and conducted audits for a wide range of nonprofits, including human service organizations, educational and cultural institutions, membership organizations and private foundations. He also specializes in Single Audits for organizations that receive federal funding. Mr. Estersohn has... READ MORE +