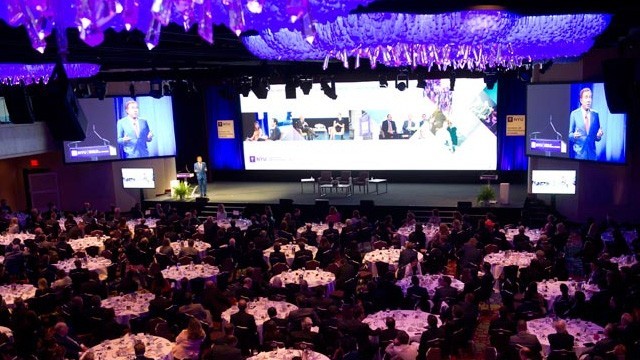 
One of two major hospitality conferences held annually (the other is ALIS in LA in January ).  This conference has been held for 38 years; Marks Paneth has been a sponsor since 2012.  Attendees are the top people in the industry and related industries such as banking and investment banking.

The two-day program is a mix of all-attendee lunches, dinners and general sessions plus workshops (a/k/a panel discussions).  Larry Cohen, as head of the Hospitality Group, was a panelist in 2012, 2013 and 2014, and became a panel moderator in 2015 and 2016.